Kevin Appleton: waiting for business to return to ‘normal’ isn’t the answer

Waiting for business to return to ‘normal’ isn’t the answer to business problems. So what is? Working hard and working smart, writes Kevin Appleton in his latest column for International Rental News magazine.

As the autumn leaves arrive and our minds start to turn towards Christmas shopping and the end of another year (and they go so fast as you get older don’t they?) it is also a good time to pause and reflect on what changes have befallen the rental market in the last twelve months.

The economic backdrop seems to have changed very little. We started the year with a little burst of optimism that things might be coming back to ‘normal’. I am ending the year thinking that what we are now experiencing is the ‘new normal’.

Whereas in past downturns we would all squeeze overheads for a while, try to hold on to market share and then start to ease up prices as things improved, things are different now.

Businesses that are ‘waiting for the upturn’ could be waiting years - and we need to get used to the idea that the depressed markets we are now facing are also the ones we need to expect for the foreseeable future.

But this time our reactions need to be different. I still see plenty of companies that have squeezed overhead in the old way, have tried to squeeze up on prices and have suspended investment in new equipment or in technology.

This, I think, is likely to lead to a kind of ‘zombie’ status, similar to that which I talked about in an earlier article (IRN, Mar-Apr, 2012), where the service to the customer gradually erodes and a gap opens up between the price that the business needs to charge to survive financially, and the value that their customers perceive that price as representing.

In other words, just offering the same old service, with a squeezed and ineffective staffing and support structure around it, could lead to progressive loss of market position as customers vote with their feet.

The correct reaction this time around is, I think, to rebuild businesses to face the new market reality. And if you haven’t already started then now is the time to do so.

Many companies, including my own, have maintained or even increased their investment in online or (as I’m told I must now say) multi-channel service capability – being able to respond to customers who want to walk in, phone, send emails or trade over the internet from their smartphone.

The new reality will be about doing more with less, but doing so in a sustainable way.

If you walk into many businesses across all sectors now you can see that people are tired. Often this is because the cost has been ripped out, heads have been reduced, but the fundamental way of working hasn’t been changed – we just ask people to work longer and harder.

And we are about to enter our fifth year of this kind of environment.

If we aren’t changing the way in which we work to allow our people to deliver results without fatally fatiguing themselves then we are missing a vital truth. As the old saying goes ‘you can’t get blood out of a stone’.

Now, don’t misunderstand. There is nothing wrong with getting people to work a bit harder. We have probably become a bit delusional in the west about what is a realistic relationship between work and reward after enjoying almost twenty years of non-stop growth up to 2008.

For someone in China or India even the most basic of jobs and incomes in Europe or the US would seem like fantastic luxury. We cannot hold back the tide of global competition and insist that working more than 36 hours a week is an infringement of our civil liberties!

But we are supposed to be smart businesspeople in the west too. To thrive in 2013 and beyond we need to use some of that supposed smartness to make sure we’re ready for the new normal, not hoping for the old one.

The author: Kevin Appleton is a former chief executive of Lavendon Group and now executive chairman of Travis Perkins' £1.5 billion builders merchants division in the UK. If you have comments on the article, please E-mail: IRNfeedback@khl.com 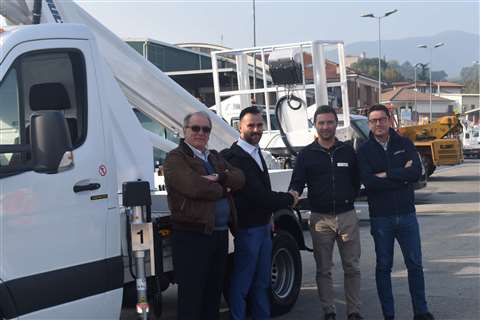