Finland-based Renta Group has revealed its third quarter financial results, reporting a record net sales figure of €104.6 million - equating to a year-on-year increase for the three-month period of 44.1%.

The company, which operates in Finland, Sweden, Norway, Poland, Denmark, Latvia, Lithuania, and Estonia, saw sales rise across all its regional segments and its EBITDA (earnings before interest, taxes, depreciation, and amortization) jump by 37.3% to €41.3 million. 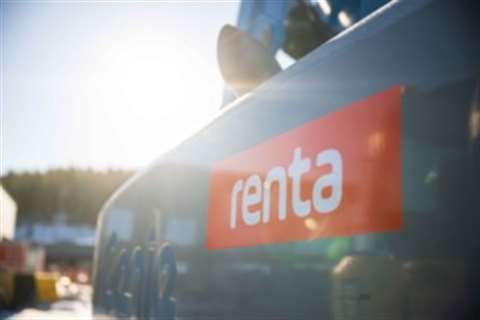 “We once again achieved growth in each geography, developing market share with increased activity across the Group,” said Renta Group, which was founded just six years ago.

“We opened one further greenfield depot in Sweden during the quarter, as well as achieving significant gains in the contribution from our existing depots as we continued to develop market share.”

The company attributes its strong performance to buoyant market activity, organic growth and an acquisition strategy that is focused on expanding its reach in its core northern European markets.

Since the beginning of this year Renta has selectively acquired numerous rental companies in its core markets.

Now fully operating as part of the rental business, the addition of Norway-based Utleiesenteret, Danish firm Lohke Materieludlejning, Latvian pump specialist Uprent and Sweden-based L&E Maskin, is now reflected in Renta’s finances with each one effectively bolstering the net sales in their respective regions.

“We have continued to build on our M&A track record, with the seamless integration of our recent acquisitions of Uprent, Lars & Erik Maskin, and Lohke Materieludlejning,” said Renta, which now has a total of 135 branches.

Looking to the future, “The market forecast across all of our regions remains positive for the balance of the year,” it added.

“As a group, we are able to use our geographically-diverse position to mitigate against differing market forecasts across our regions, and for 2023 we expect relatively positive outlooks in Norway, Denmark, Poland and the Baltics, offsetting small forecasted declines in Sweden and Finland.

Renta said, “We believe in the resilience of our business model, and as a result of the actions we have taken, we are well positioned to continue to perform strongly. Market activity is high and, longer term, the outlook for the rental industry remains positive; with increasing penetration and enhanced digitalisation expected to drive market growth.” 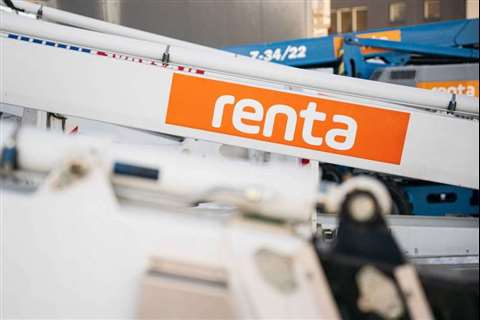