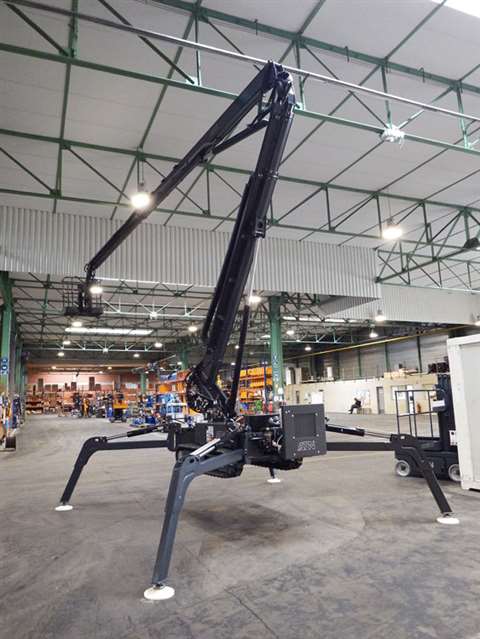 France-based ATN presented its new 18000 square metre factory at a customer event in Fauillet last week and introduced a prototype of its first tracked mounted platform.

The facilities are split into two 9000 square metre plants and will allow the manufacturer to grow its revenue by five times if used at full capacity. Current revenue is €10 million and Daniel Duclos, chairman of ATN, said it was reasonable to think that would grow to €50 million in the next 10 to 15 years.

“If we are a good player, and I think we are, I see no reason why we wouldn’t even have 10% of market share for the full range in Europe - that would be between 100 and 300 million Euros. But we have to build it; customer-by-customer, one-by-one; we don’t want to go too fast, we don’t want to develop the whole range in a year-and-a-half.

Demonstrating his ambition, Mr Duclos added, “I would like to be the John Grove of Europe”.

The manufacturer has also decided to enter the tracked market with a 23 m machine that it says is a cross between a self propelled articulated boom and a spider lift, in that it has traits of a traditional spider but is designed to be easier to use.

Designed with rental companies in mind, Arnaud Duclos, ATN managing director, said ATN had chosen 23 m working height for its first model, as this is the busiest sector in the spider market.

The machine’s width will be 1.2 m, which means it won’t fit through a standard doorway, but as Mr Duclos points out, it is rare that a 23 m machine is required in a building that only has standard-size entrances.

“We wanted to make a boom with tracks. It’s not really a spider, it’s a bi-energy platform with tracks - very much like a spider but simpler.”

The machine offers automatic stabilisation, plus easy control including two-step unlocking system. It can also provide 230 kg capacity at every point in the working envelope.

This, says the company, is the first time a manufacturer of articulated booms has produced a spider-like model in-house. A second prototype is now being produced and the model is expected to be on sale late next year.

See the full interview with Daniel Duclos in the November/December 2014 issue of Access International.