Easy Lift is to launch what it claims is the highest spider lift in the world at this year’s Bauma construction exhibition in Munich, Germany.

Originally scheduled to be launched in March, the company’s new spider lift RA53 is equipped with a double telescopic boom and jib, and will offer a working height of 52.4m and a maximum outreach of 20m.

The standard model incorporates a 42kW Hatz diesel engine and 7 kW 380V electric motor, but is also available in an eco-friendly HYBRID version - the RA53HY, which will combine the 300Ah 48V lithium battery with the standard engine.

“To meet the needs of the most demanding customers, the new RA53 has been developed to be a multipurpose spider platform, approved both in the MEWP version with standard (cage capacity up to a maximum of 360 kg) or optional basket (cage capacity of 450 kg) and in the crane version with winch,” said Easy Lift.

This last version is possible by quickly disassembling the standard basket 1.8 x 0.7 m, in order to mount a winch that has a capacity of 1,000 kg.

Key features of the RA53 include an undercarriage that can be extended both vertically and horizontally, with a dynamic self-levelling system that helps to compensate for slopes.

On the technological side, the platform is fitted with hydraulic controls from Danfoss. These incorporate SCANRECO radio control and a fixed control panel on the basket. 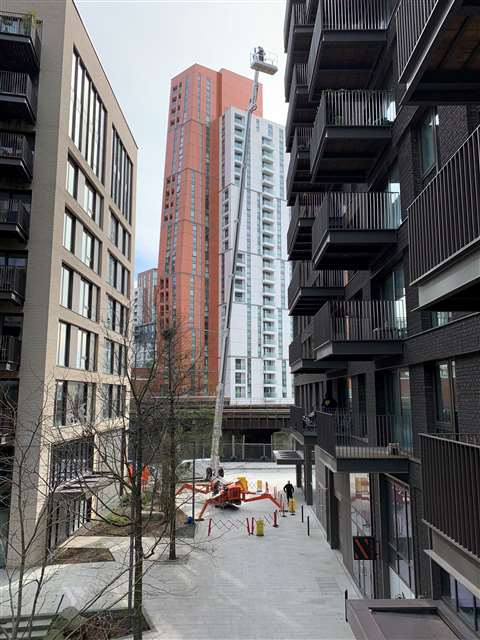 It also benefits from Easy Lift’s Easycom telematics system, which provides operational, diagnostic and monitoring data in real time, which office-based staff can access via the internet.

While the R130 and R180 represent the most compact of the Easy Lift range and are among the company’s top five best-selling models, the self-loading R420 is designed for more large-scale applications, and offers a winch option that can handle loads of up to 500kg.

It is suitable for maintenance and construction tasks on public buildings, such as shopping malls and airports, as well as for projects in the electricity and telecommunications sectors.

The standard R420 is fitted with a 42kW diesel engine, which is combined with a 200Ah 48V lithium battery for the hybrid version.