Steffen Brauer said it chose the Genie J series because it complements the other MEWPs in its fleet, which totals around 90 units. 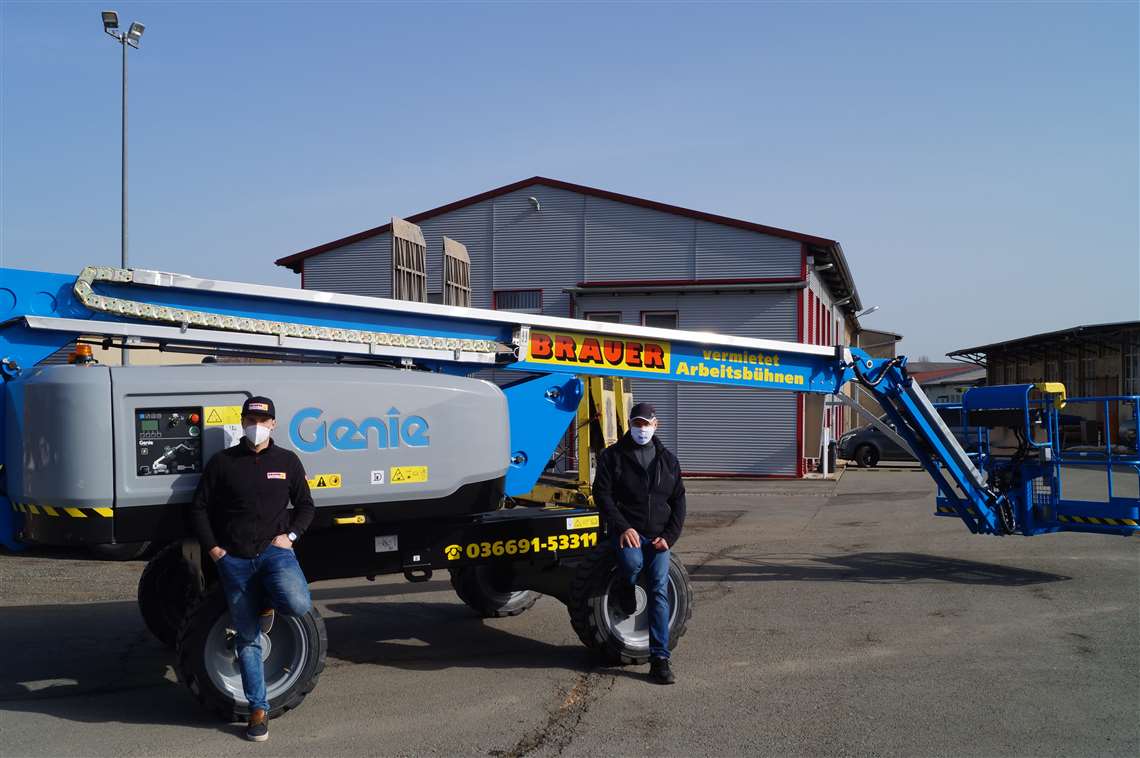 Steffen Brauer, who owns the company, said, “The purchase price of the Genie S-60 J boom lift is interesting in relation to the rental rate and we therefore assume a good rental return. Considering the initial investment costs it can be rented out sometimes also as a 16m telescopic boom. Furthermore, we thought about choosing a lift that is tailored to the rental business and reduces complexity without sacrificing performance to complete our rental fleet as a perfect fit.”

With eight team members, Steffen Brauer is a relatively small but rapidly growing rental company. Therefore, it required a flexible machine that could meet the needs of different jobsites. The unit is already onsite at a building in Jena, owned by Intershop AG, where it is on a three-month contract to carry out façade work. Brauer says he sees further uses for the lift by customers in general construction and steel construction projects.

Another feature of the 20.5m working height S-60 J is its weight, making it easier to transport. “The more flexible transport options also were important in our decision to add the S-60 J to our fleet,” Brauer says. “We were looking for a boom that could be easily transported on our own 3-axle platform vehicle with a weight of 7,550kg and right-sized design. Other booms with 22m working height and a weight higher than 10.000kg require a larger four-axle transport vehicle.”

“After testing some other manufacturers’ products, we have now come back to Genie. The cooperation with sales and ordering spare parts online work perfectly,” Brauer says. “Where customers previously only used 16m machines, they now have access to 20m, which customers appreciate after their first trial.”