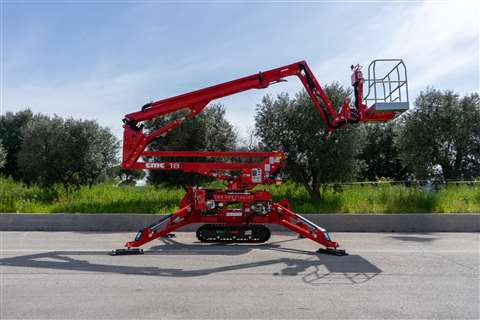 The renewed line of tracked aerial platforms was launched at last week’s 2022 Vertikal Days equipment exhibition in the UK.

With working heights ranging from 13m to 18m, the F-Series spiders include a new electro-hydraulic distributor, which incorporates automatic stabilisation and enables double speed functionality for improved efficiency.

A remote control system has also been added as standard. This can be further upgraded to offer users wireless radio control, via an after-market kit that includes a transmitter, two replaceable rechargeable batteries and a charging station.

Other key features added to the range include quick-release fittings that allow the instant connection and disconnection of hydraulic circuit hoses.

According to CMC, which is said to be the first spider lift manufacturer to introduce the fittings, the quick-release helps reduce downtime and increase productivity.

Also helping to reduce downtime is the new pressurised fuel tank. It includes a closed hydraulic circuit that ensures no air or debris gets sucked into the tank, increasing cleanliness.

Unlike the manufacturer’s previous F-Series machines, which were presented at Bauma in 2019, the updated F-Series is also now available with new Kubota engine and hybrid options.

Alessandro Mastrogiacomo, CMC’s export sales director, said, “If you are pushed by the desire to constantly exceed your limits you will become a reference point for your market.

“The F series upgrade is the result of careful research into possible areas of improvement for a range of products that are already top of mind. The objective is to aim at positioning them “over the top” in the minds of their current and potential users”. 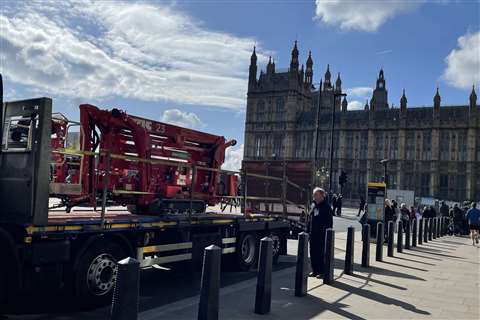 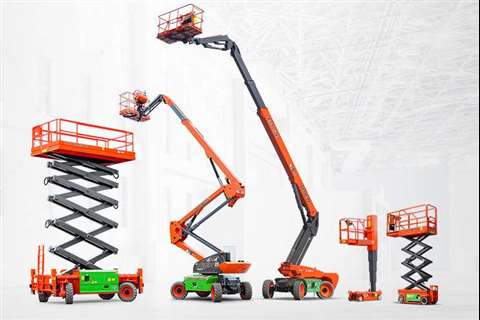