Fewer construction projects are passing over efficiency opportunities as rising wages and scarce labor, high materials costs and poor availability, erratic energy costs and corporate commitments to reduce carbon footprint challenge building completion. Many contractors are expecting sales and staffing levels to climb until at least May with stable profit margins. The conditions are creating demand for construction hoists.

“Improving the logistical vertical transportation requirements on a project to move personnel, materials and equipment is becoming more and more a need for all clients, developers, planners and contractors in the construction industry as they all drive greater level of sustainability and efficiency,” says Cameron Reid, sales director with Alimak Group’s construction division. “We are encountering more and more complex facade modules, modular building units, prefabricated pods, heavy plant, heavier facades, etc., that are driving [us] to develop new accessories, applications and vertical access solutions.” 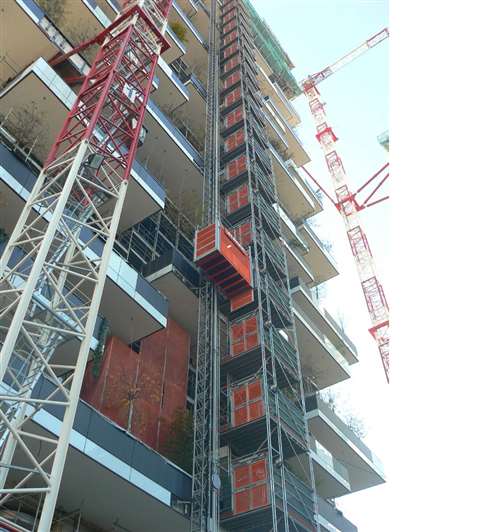 Scaffolder and contractor devised a landing solution that was easy and fast to use for two passenger and materials hoists on 41 landings that on various positions and dimensions of terraces outside the Bosco Verticale skyscrapers in Milan, Italy. (Photo: Alimak)

A 200-hundred or 300-hundred-foot project will use a construction elevator. Studies show conclusive safety and economic advantages of using elevators at this height. Today, construction teams are asking, “What is the minimum height where these same advantages can be realized? Is it a three-story building; eight; 10?”

Consider this construction-elevator cost analysis laid out by the Scaffold & Access Industry Association.

“I have yet to meet a single general contractor who wouldn’t want to save 46% on anything, and this study merely represents the economic savings in simple climb time,” writes Paula Manning, of Century Elevators, in this comparison. She says these “additional benefits exist with the utilization of a construction elevator:”

The 15-story Virginia General Assembly Building in downtown Richmond had no internal elevator, so remodeling work could progress only as fast as a hoist could feed the job.

Scaffolding Solutions chose a Scando 650 Dual Hoist system with 7,100 pounds of capacity. The buck hoist lifted all the workers, tools, and materials to each floor.

Safety was paramount for all parties to the construction team. The chosen hoist included:

Two enclosed cars operated independently on either side of a central mast, allowing general contractor Gilbane to easily maintain productivity.

“Having a dedicated material car while still being able to move personnel floor to floor was a huge benefit,” says Danny Dunbar, project manager for Scaffolding Solutions.

Hoists do more with fewer people

The scale of construction’s labor shortage is pinching productivity on all shapes of vertical construction. The Associated Builders and Contractors developed a model that forecast last February that the construction industry will need to attract nearly 650,000 additional workers on top of the normal pace of hiring in 2022 to meet the demand for labor. As of November, industry employment had risen by just 248,000 over the previous 12 months. 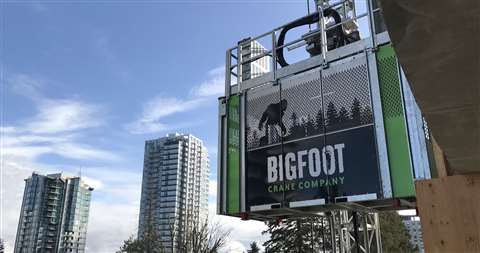 “The use of mast climbers and hoists is advantageous in this situation,” says Corinne Dutil, sales director at Fraco Products, “Because if teams are smaller when starting a project, these units increase productivity, speed, but also satisfaction of the workers.”

The strength of this return on investment in hoists is pushing back the limits of the equipment.

SafwayAtlantic recently completed the tallest hoist on a common tower and the world’s largest continuous rack and pinion hoist for a six-car construction complex for construction of the Central Park Tower. Located on Manhattan’s “Billionaires’ Row” and overlooking Central Park, Central Park Tower is the highest residential tower in the world and the second tallest building in New York City.

The common tower made from shoring and scaffolding components decked at each entry level for access reached the 99th floor, a world-record height of 1,515 feet 6 inches. To maximize labor productivity, a Hydro Mobile mast climber positioned above the hoist cars improved scheduling efficiency and eliminated interference between construction crews and tower-erection crews.

“There are many new materials being use in construction, and that creates new markets for mast climbing work platforms and hoists to be used in,” says Dutil. “New types of application create various opportunities.”

To carry huge glass-and-steel curtain wall panels for the façade of the new 60-story JPMorgan Chase headquarters in New York City, SafwayAtlantic worked with Raxtar to design two dual-mast hoist cars that measure 25 feet long by five feet wide by nine-and-a-half-feet high. These longest hoist cars in the world can carry loads of up to 10,000 pounds at speeds up to 300 feet per minute.

Inventive façade designs are driving hoist innovation to improve construction efficiency. For example, two Alimak passenger and materials hoists adapted to the varying positions and dimensions of terraces on the outside of the Bosco Verticale skyscrapers in Milan, Italy. The terraces became home to more than 900 trees. 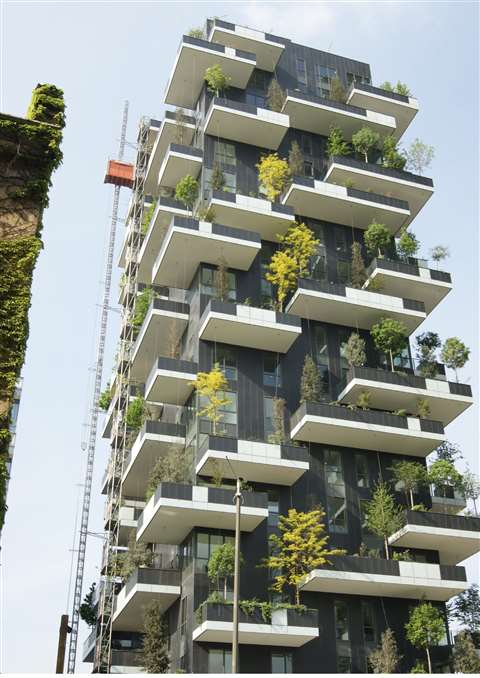 Two Alimak passenger and materials hoists were used by Colombo Costruzioni S.p.A. during the construction of the Bosco Verticale skyscrapers in Milan, Italy. (Photo: Alimak)

The first Alimak Scando 450 hoist had a 262-foot (80 m) lifting height and 17 landings. The second hoist reached 367 feet (112 m) and had 25 landings. General contractor Colombo Costruzioni collaborated with scaffolder ACG 5 to devise a landing solution on all floors that was easy and fast use.

Perhaps the economy will affect the shape of the construction hoist market in 2023 most. For now, work volume looks strong well into mid-2023 but even with much of the recession noise having died down now that the election is over, the view of 2023 construction economy is murky.

The Associated Builders and Contractors’ Construction Backlog Indicator increased in November to its highest level since the second quarter of 2019.

“The rise in backlog is remarkable and unexpected,” said Associated Builders and Contractors Chief Economist Anirban Basu. “A number of contractors have been reporting that their backlog has risen rapidly over the past three months, which is counterintuitive given the pervasive view that the broader economy is headed into recession.”

Backlog improved sharply for contractors in the commercial and institutional work category, and health care-related construction emerged as a major driver of new activity.

“Many predicted that backlog would have dipped by now and that has yet to transpire,” said Basu. “What’s more, many contractors expect sales and staffing levels to climb over the next six months, while profit margins are projected to remain stable.”

But Basu warns that “backlog could dry up” fast.

“Anecdotal evidence suggests that banks are more cautious in their lending to the commercial real estate and multifamily segments,” says Basu. “Fears of recession this year remain pervasive in an environment characterized by high and rising interest rates.”

Coincidentally, architecture firms reported in November a second month of falling demand for design services, according to The American Institute of Architects’ Architecture Billings Index. The measure of architecture billings is considered an indicator that offers a glimpse into nonresidential construction spending nine to 12 months out.

The pace of decline during November accelerated from October, posting an ABI score of 46.6 from 47.7 (any score below 50 indicates a decline in firm billings). Inquiries into new projects slowed but remained positive with a score of 52.0, however new design contracts remained in negative territory with a score of 46.9.

“It’s a competitive world out there – and it seems more so than pre-pandemic,” says Kevin O’Shea, with Hydro Mobile. “There is way more product pick-up by major GCs than previously. More GCs are bringing in MCWPs under their auspices in a ‘total envelope management’ process where the GC will provide, and schedule, all the required façade access for its sub-contractors.” 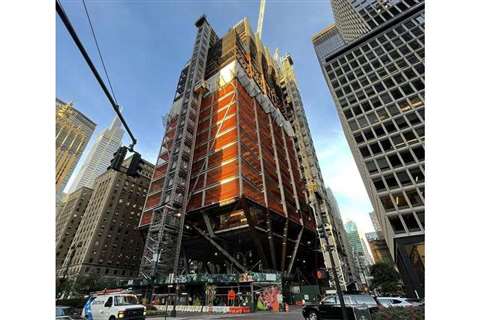