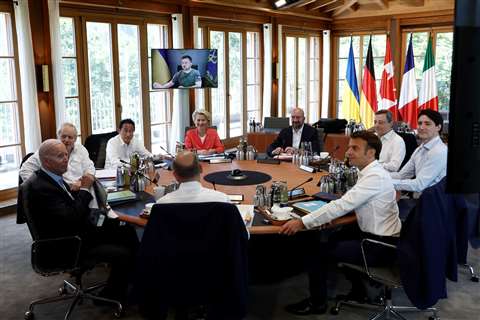 At the G7 Summit in Germany the Partnership for Global Infrastructure (PGII) has been formally launched – the partnership aims to mobilise US$600 billion by 2027 in global infrastructure investments.

The aim of the PGII is said to be to deliver quality, sustainable infrastructure that makes a difference in people’s lives around the world and strengthens and diversifies supply chains.

This announcement builds on the plans unveiled at last year’s G7 summit in England, when the framework for an infrastructure investment platform to rival China’s Belt and Road Initiative (BRI) was first revealed.

Launched by Chinese president Xi Jinping in 2013, the BRI provides financing for emerging countries to build infrastructure like ports, roads and bridges. While it has developed trade links, it has also been criticised for forcing debt-saddled countries to cede key assets if they fail to meet their debt repayments.

The G7 is an inter-governmental political forum consisting of Canada, France, Germany, Italy, Japan, the United Kingdom and the US.

Unveiling the plan at the G7 summit President Biden said, “I want to be clear: This isn’t aid or charity. It’s an investment that will deliver returns for everyone. It’s a chance for us to share our positive vision for the future and let communities around the world see for themselves the concrete benefits of partnering with democracies.”