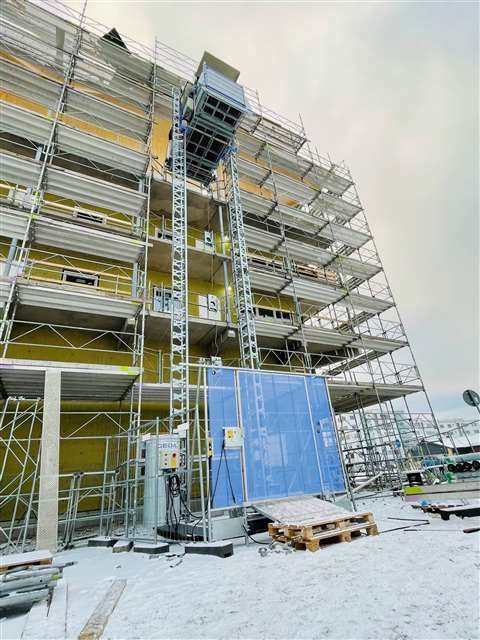 Geda has launched a new freestanding hoist platform that can be used to lift materials and people up to a height of 12 metres.

The design of the 1500 Z/ZP F, which is based on that of Geda’s 1500 Z/ZP, incorporates a 1,700kg base plate that allows it to be installed on construction sites without the use of anchors, which are often time-consuming to install.

“Naturally, when designing a new product, we not only think about efficient and sensible vertical transport, but also about logistics to and from the construction site,” said Geda.

“The base of the free standing hoist is designed to easily fit on a truck so it can easily and simply be brought to site. Thanks to the flexible roof, the hoist can be lifted with a specific crane lug to its destined position.”

It is also available a range of hot-dip galvanized landing level safety gates that help to ensure the safe transfer of people and materials between the platform and its respective landing level.

“As a free-standing transport platform, the hoist can become indispensable at a variety of different construction sites,” said Geda.

“Placing anchors is often not possible due to the architectural situation, glass façades or the conditions at the construction site. In these cases, the GEDA 1500 Z/ZP F proves to be the ideal helper.”

While the model, which runs on two steel masts for stable movement, is designed to operate without anchors, the use of anchors with the Geda 1500 Z/ZP F increases the hoists transport height up to 100m, allowing for greater flexibility during construction.

The Geda 1500 Z/ZP Fincorporates a 1,700kg base plate and two masts which ensure stability. (Image: GEDA) 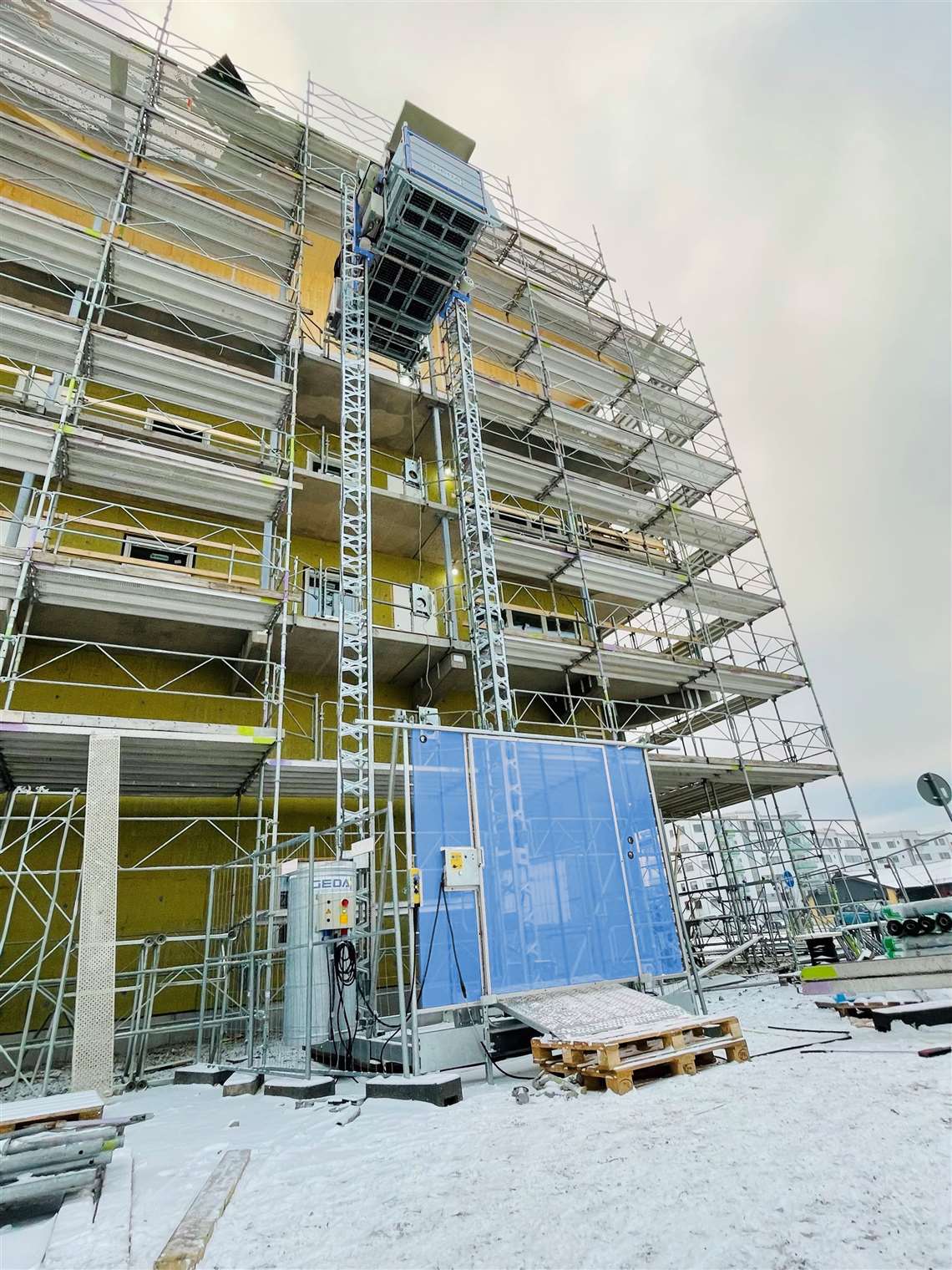 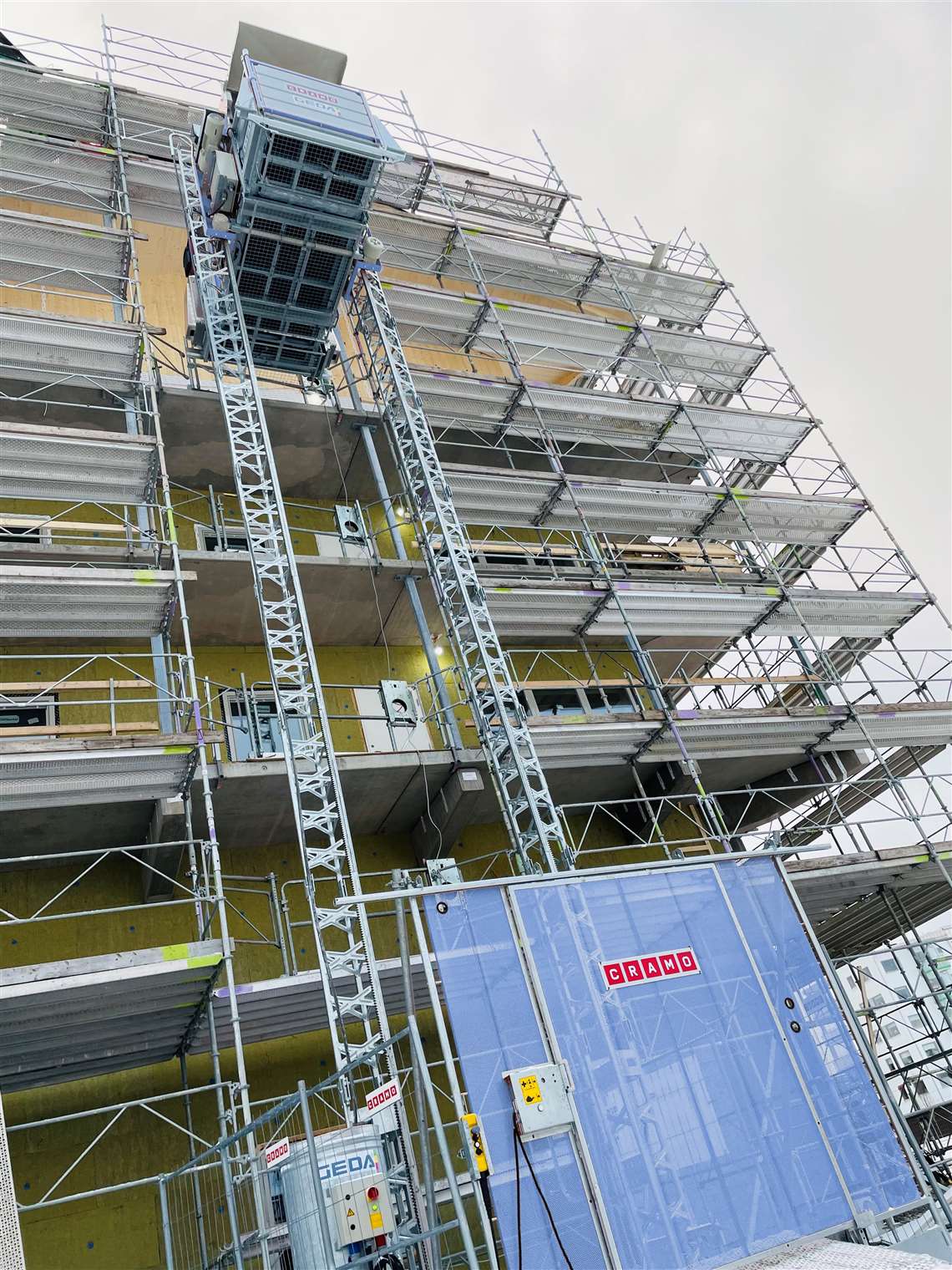