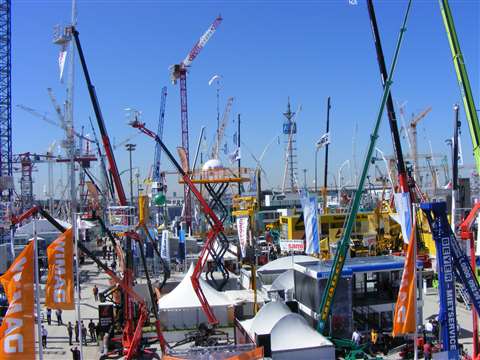 Part of the bauma 2013 showground

Turkey-based manufacturer Hidrokon will launch a 70 m truck mounted work platform in the next few weeks.

It will follow the 45 m working height HK45TPK truck mount which was introduced at bauma. Mevlüt Acar, Hidrokon export manager, told AI at the show that five units of the 70 m model had already been sold in Turkey, prior to its official launch next month. More details about the model will follow soon.

The HK45TPK has an articulating jib and is, for now, the biggest model in its range. It is aimed at Turkish and European markets.

Another new model on show at bauma was the 12 m TSJ25 tracked platform, which supersedes the manufacturer’s 23 m previous offering. It includes redesigned stabilisers, extendable tracks and a new Kabota engine.