The Vietnamese MEWP economy is suffering acutely from long shutdowns, caused by Covid-19. It is a story that is familiar across much of Southeast Asia, as is the potential Vietnam holds to become a major MEWP market. Leading the way is TNC – its largest access rental provider.

At 2,000km long, and around 50km wide, at its narrowest point, Vietnam is a unique landmass, matched by its incredible coastline. The country has also seen rapid economic growth over the last 30 years, which has made it one of the leading countries in the region fiscally and spurred the development of a range of new industries – one of them being the rental sector.

A pioneer of that sector is the Tuyet Nga Group of Companies (TNC), which was established in 1995 and has three main depots in Hanoi, Da Nang and Hochiminh City, and services stations in Vung Tau and Hai Phong provinces.

The company started in the MEWP business as far back as 1999, and as Tran Kim Duzng, the owner, founder and president of the group, says, it was the first company to bring aerial platforms to Vietnam and essentially started the market.

Genie in Vietnam
TNC’s became the official dealer of Genie for Vietnam in 2001, and launched its rental business Vietnam Rental in 2007, again, becoming the first access rental company in Vietnam. To this day, TNC’s 850-unit fleet is comprised exclusively of Terex machines, including Genie boom lifts, slab and rough terrain scissors, telehandlers, plus lighting towers. In addition, there are a few small cranes.

As Madame Duzng explains, the plan is to expand the access fleet over the next five years to 2,000 units, depending on how the market develops.

“The market is still in development. We can now see people know about these machines, their applications; they know that it is safer, quicker and more professional to get the job done by using them. “But it’s not mature. There is still huge potential demand for this equipment.”

This will occur, says Madame Dzung, with major new projects in the country, financed through foreign investment. Currently, more than more than 60% of rental demand is driven by projects financed by foreign direct investment (FDI). 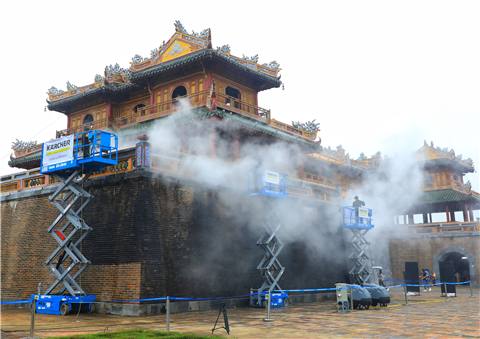 The Imperial City is a walled enclosure within the citadel of the city of Huế, the former imperial capital of Vietnam.

MEWP equipment standards
However, there are currently no standards to ensure equipment used in the country is in good working order and it means there is a greater emphasis on price. “If it works, it will be okay; they do not care much about how much safer it is using a proper machine.

Nevertheless, Madame Duzng believes the government will introduce working at height standards to ensure aerial platforms meet quality and safety checks before use, leading to its wider adoption. “When this happens, it will drive the demand and there will be a booming market for access and other safety equipment in Vietnam.”

From the 40 units in TNC’s original 2007 fleet, the Vietnamese rental business has grown to approximately 6,000 units including new and very old machines, across many brands. And there are now around 30 rental companies in the country specialising in access.

Apart from the domestic-based rental companies, there are a small number of international operators in the country, including Nishio Rent-all Vietnam, UMAC, Korea Rental IS; while AJ Networks closed its access division in Vietnam two years ago.

Despite the presence of these big companies Vietnam Rental has the largest fleet in Vietnam and prides itself on meeting international standards, with units that are mostly less than 10-years old. It also provides nationwide coverage and service, while a majority of the other domestic companies are regionalised and have anything between a dozen to 100 units. “There are some common issues for these companies,” says Madame Duzng, including, “Very, very old machines, with booms that are more than 15 years old; a lot are more than 20, and most of them were made in the 1990s.”

On average, the scissor lifts in the country are slightly younger, but they come with poor and slow service, and breakdowns are very common. And, in many cases safety devises that were on the machines have been taken off. However, as Madame Duzng adds, they come at a very low rental price. 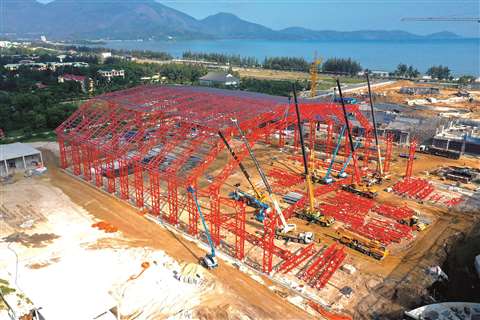 Madame Duzng says residential construction is bound to follow but at the moment it is build using low cost labour and traditional forms of access equipment.

All this potential, however, has been put on hold by the pandemic. The country has been under strict lockdowns since May 2020, with construction projects frozen. “FDI dropped by 17% in 2020; that continues this year.

“If the Vietnam government does not improve the situation and change its reaction to Covid-19, and open the economy, rather than having strict lockdowns, like they are doing at the moment, the FDI will drop more in the next year, and the investors will switch their investment to other countries.”

Another factor causing project hold-ups is the lack of foreign workers coming to Vietnam. This issue, she says, is also an effect of the government’s reaction to the pandemic. “In the meantime, the cost of projects is increasing due to material price increases and the lack of labour;” ultimately meaning projects that were in the pipeline will be delayed.

Because of Covid-19, utilization rates are now at a rock bottom 40%. “In addition, with the rental price range of recent times, we are not very keen on investing in 100% new machines. In the case we need urgent machines, we buy used and available ones, as we are doing now.”

She adds, “Most of our investment for this year has gone. We had planned to renew our fleet with 50 - 60 newer machines. We actually sold a lot but couldn’t buy that much.”

The fleet investment amounted to a dozen big booms – in the 45ft and 60ft category and new Genie GS scissors, with the manufacturer’s E-Drive system.

Rental rate challenges 2021
It will come as little surprise that rental rates in 2020 and 2021 have been hit too. “With Covid and the lack of projects it is killing the price for rental here in Vietnam; if we invest in new machines with this current price, we will need seven to nine years to break even. Madame Duzng adds, “The newer machines are now renting out at the same price as very old machines.”

In fact, the rates have been decreasing continuously over the last three years by 10%-20% annually, depending on the machine. 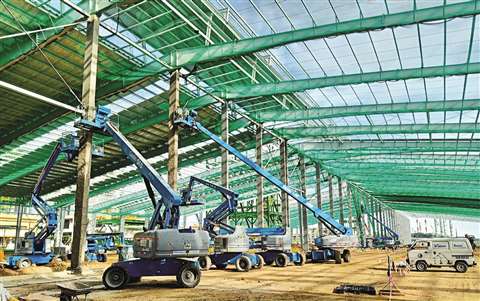 This is due to the previously-explained Covid-related factors, but there is another that pre-dates the pandemic – old equipment. “The number of very old - trash machines - brought into Vietnam by small rental companies has led to there not being a clear classification between good and bad machines and service.”

This will only be truly solved with future foreign investment that comes with strict safety and quality demands. “However, for some models we can see the prices may remain at this level due to the emerging demand for some niche markets, such as the wind farm industry.”

With such an impact on the economy over the last two years, the effects of the Covid crisis look set to linger. “It will surely hit us into 2022; with the economy in serious pain, plus the slow move into laws and standards, it will prevent the market developing as it should.”

On a more positive note, growth in the Vietnamese access market is inevitable as the economy eventually bounces back and the mindset of the country moves to powered access, rather than scaffolding.

The company will also continue with its vision to expand its rental business and pioneer the market. “We will continue with our plan to make our fleet younger by selling old and buying new.” its aim is for big booms in the fleet to average five to seven years of age, while scissor lifts will be around five years old, or less.

The company also plans to invest in other rental equipment, like gensets and air compressors, and in new facilities. “Remember, Vietnam is nearly 2,000km long. The current three main workshops and two stations cannot provide the standard services strategy that we have. I am sure we will have more of these by the time the economy is booming again.” 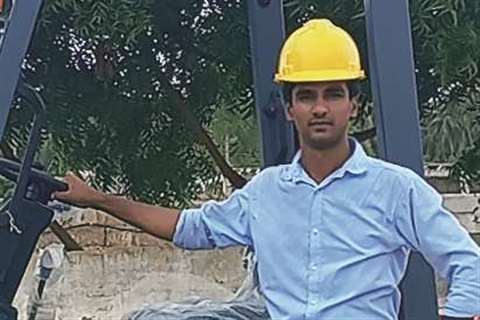 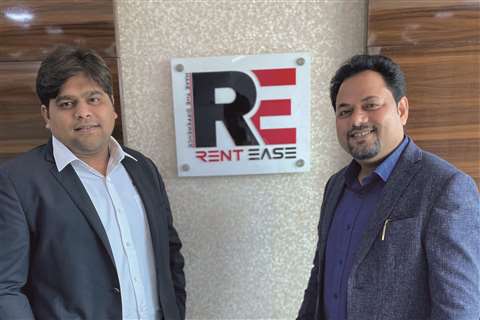 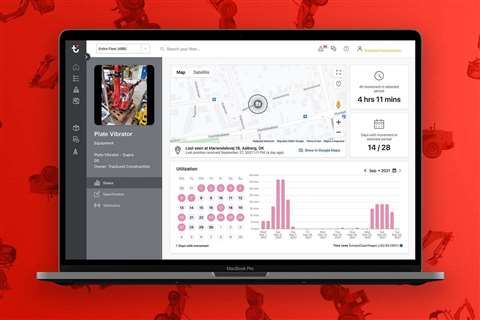 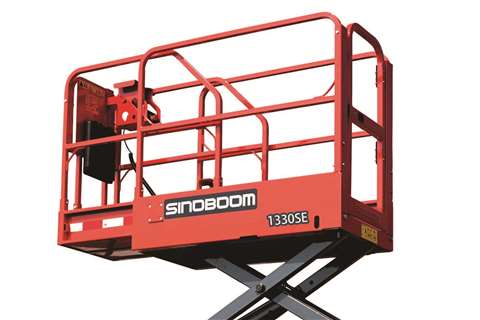