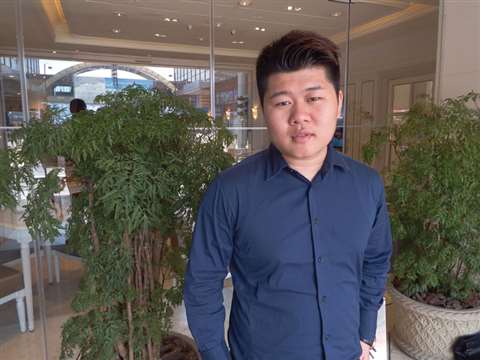 It is indicative of our sector that a 23-year-old company can be considered an early pioneer. Ta-Yeou is exactly that and its rise in Taiwan reflects the move to access equipment across Asia. Euan Youdale speaks to its manager Calvin Tang.

In the latter half of the 20th Century Taiwan became a symbol of rapid growth along with Hong Kong, South Korea and Hong Kong.

Its industrial activity was recognised the world over and provided many opportunities to entrepreneurs. Among them was Ta-Yeou Kao Kong Enterprise, a family-run aerial work platform rental business that was established 23 years ago and now has around 1300 units in its fleet. It is one of the three biggest AWP rental companies in the country, each with similar numbers of units.

Taiwan’s growth curve has flattened in recent years due to competition abroad and domestic pressures. Along with its peers Ta-Yeou is looking at a challenging few years ahead.

Talking about Ta-Yeou’s first steps manager Calvin Tang, explains, “Actually, we started business in 1986 and until 1993 rented cars. In 1993 my father realised the potential of AWPs and imported two booms.” “At that time it was very unusual to use aerial work platforms in Taiwan. So we tried quite hard to let people know about these machines and how they work on a safety level. We always focus on safety.”

Scissors make up around 60% to 70% of the market with more than 80% of AWPs in the country falling into the used equipment category. The company is also a Genie dealer for Taiwan. Mr Tang says at the moment Genie, JLG and Skyjack

scissors are the most represented names in Taiwan, although he believes up to 10% of machines are scissors from Chinese manufacturers.

The company also has a number of Aichi truck mounts in its fleet. “For trucks we always use Japanese machines. We have around 100 in our fleet,” explains Mr Tang.

Like any new market for AWPs, educating it can be a slow process. “In the beginning no one understood what kind of machines they are. Much of the market is trying to get costs down, so customers just want cheaper solutions.”

Mr Tang calculates there are around 6000 to 8000 AWPs in Taiwan. “I would say the market has increased a lot. We try to teach people to understand the safety around these machines and what they do, and now more-and-more people do not just think about the cost, they want to use MEWPs.”

Mr Tan estimates there are more than 40 AWP rental companies in Taiwan, with most of the smaller companies with as few as 10 machines and the larger ones with around 100. “I would say there are competitors that are looking to advance.” While the market is getting stronger, it’s still relatively slow progress and exponential growth is unlikely. “Things are changing but not that much because we are still increasing the knowledge of these products in the market,” says Mr Tang.

“Also, AWP numbers may not grow very fast because of the rental price. Right now, quite a lot of companies are based in cranes or construction and just add AWPs to their fleets. They keep the price down and don’t care, so it’s quite hard for us as an individual AWP rental company. “So, rental rates are very low for booms. Scissors were very low already – I don’t think they can get any lower; if they do so, I think we will have to change industry.”

“It depends on the mind-set of the customer. Some customers like to have new machines but just think about price. Of course, new machines should have higher rates but it is difficult to rent the same machine at a different cost because it is new. We realise that service is an important added thing, so we always provide that.”

According to Mr Tang the economy is relatively flat in Taiwan and the trend of general manufacturers moving to lower cost areas of production like China, Vietnam and developing countries has not helped. “And there are not so many projects at the moment as the economy has gone down a bit.”

One of the major providers of work for scissor lifts comes from the world’s biggest manufacturer of semiconductors, the Taiwan Semiconductor Manufacturing Company (TSMC). “To be honest, they support a lot of the economy in Taiwan, but they are slowing down in the sense they have already built many of their factories.”

He adds, “There is not a great deal of residential building at the moment and there are quite a lot of political issues.” As far as infrastructure is concerned, viaducts and railways, plus government office buildings also provide opportunities.

There are no government regulations or standards in Taiwan and conscientious operators tend to follow USA-based ANSI, although European and Japanese standards are also recognised. “There are differences between the standards but we are trying to help with and help create a new standard here.

Rental companies have tried to create standards by working with the government, and on some construction sites some contractors demand higher levels of safety. “But, to be honest, the government is not really focused on this at the moment.”

Ta-Yeou does provide its own training, but not recognised by an association like IPAF. The same issues apply as in other nearby counties; there are no standards or expectations when it comes to training. “When you talk to people about training they only think about money. In the future we will introduce IPAF courses and we are trying to encourage people to train before they use the equipment. We also send experienced users with the equipment to teach operators how to use it - some people do not care about the training they just what to use it. We must make sure that people control AWPs safely. If there are accidents it will affect our company.”

“The AWP market will increase but we cannot say by how much, as it always depends on the economy.”