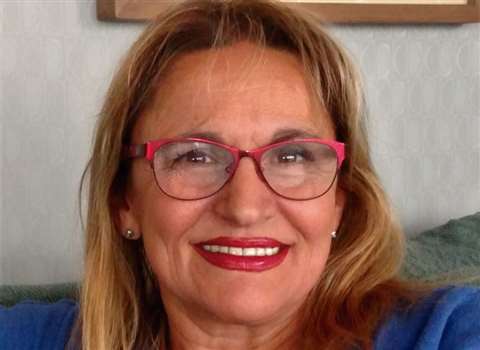 Sandra Franco, director at Chile-based Alo Group, shares her experiences of growing an access rental company from scratch in a new market.

Chile is considered to be one of South America’s most stable and prosperous nations, although in recent times it has been undermined by controversial political reform programmes and corruption scandals. At the same time growth expectations for the year have been downgraded to about 2.5% from the 3.6% previously forecasted.

While these conditions do not spell disaster for businesses in the country, it is situations like this that can define a company and its ability to adapt. Alo Group is an example of how a company can grow in an increasingly challenging marketplace. It was founded a decade ago with six AWPs and three employees. At that time there were only two other rental companies in the country and they were offering a variety of machines for mining and construction, but very few AWPs.

“From the very beginning we focused on access rental and from there we made the access business grow in Chile,” said Sandra Franco, director at Alo Group.

This included an aggressive marketing policy, along with a focus on training staff for technical support and service. A stream of associated services followed, including Alo Logistic, Alo Parts, Alo Service and Alo Training; the latter being the first IPAF training centre in Latin America.

Ten years later, the company has more than 1200 units in its access rental fleet including scissors, personal, telescopic and articulated boom lifts; as well as telehandlers and trailer mounted platforms. “Our suppliers and manufacturers are mainly from USA and Europe.”

Alongside Alo’s development the Chilean access market flourished. “The access industry has developed a great deal and there are many small rental companies in the market and new ones that pop up out of nowhere every day,” explains Ms Franco.

While that means the AWP concept is well-established in the country, challenges lie in sustaining a top position in the market. “You have to be professional, reliable and capable of providing a good stock to a market that, at this time, demands machines that are no more than five years old along with a just-in-time aftersales service.”

Ms Franco adds, “This is a 24-hour business. We understood that, we go to bed and wake up thinking about aerials. Thus, we are currently the leaders in the market.”

Chile is a very small market compared to other countries in South America such as, for example, Brazil. “That means you have to behave yourself and do your job very well as everybody knows each other and recognises who is who. “That is the reason why it is not possible to overflow the market with a lot of casual competitors - this situation could ruin, not only the business but also the reputation of companies like Alo.”

Geographically, Chile is a long, narrow country, with 4300 km of Pacific Ocean coastline. Alo covers this stretch with six locations in Chile including its headquarters in Santiago. In addition, there are three locations in Peru and one, opened-last year, in Panama. “We are where the customer needs an AWP, offering a prompt service to avoid machines siting around on the ground at the job sites.”

One must be able to anticipate the market demand in advance and maximize the utilisation, while also ensuring that the equipment is regularly serviced to maximize the resale value of it at the end of its rental life. “The mistakes of suppliers and renters spreads quickly among customers, especially in this small market. There is no place to survive if you do not do your job properly,” says Ms Franco.

The type of work found by AWPs in Chile has spread evenly across the applications with the acceptance of these machines in the country. “When our rental business started, our customers did not even know the difference between a crane and AWP,” added Ms Franco.

This required a steady and constant effort from Alo’s technical, sale and training staff to change the culture in Latin America. “Fortunately we are glad to see the evolution of the access market in Chile as the result of our efforts. AWPs are present in construction, mining, industrial and everywhere you need to work at height.”

The major nations in Latin America enjoyed strong growth in recent years but saw a significant slowdown from 2014. “In the case of Chile the economy has been beaten up by the slowdown in the demand for its commodity exports from China and consequently a drop in the price of copper, together with devaluation of the Chilean Peso,” explains Ms Franco.

“Apart from this, the effects of the lastest government reforms in Chile have been far from helpful in invigorating production and investors, and its leading us towards a period of serious concern in the market.”

Alo plans to buck the market trend and believes that will be echoed across the rental sector. “Stagnation has never been Alo’s policy nor our desire”. Ms Franco continues, “I believe rental will be trending upwards in the region and is set for further growth. Rental saves capital, provides flexibility and frees companies from the cost and complexity of maintaining owned equipment in tough times.”

Ms Franco says Alo has developed a background and structure in the access rental market that enables it to face the challenges of any upcoming crisis. One of these criteria is safety. It has always been at the top of the priority list at Alo, which believes demonstrating safe working practices adds value to a company. “We set the motto: ‘there is no urgent work that cannot be run safely’.”

By 2005 the company launched Alo Training, the first IPAF training centre in Latin America. “The promotion of this philosophy through specialised media and lots of free training and risk prevention in the field has changed minds and the culture of safety. Now, companies are aware of the consequences of working at height without a trained operator. “I am proud to say that our company was a pioneer of IPAF in Latin America and that our work helped to save a lot of lives.”

Alo now trains operators in its Peru and Panama branches, as well as in Chile. “The task goes on, safety and accident prevention never ends.”

Alo faces similar challenges as other rental companies around the world. Ms Franco says one of them is accurately balancing its portfolio of rental assets in the yard and in the field. “That way the renter will have control over cash flow and will know where the assets are and where they need to be.

“There is also a requirement to ascertain when a rental asset has taken on too much cost through maintenance, parts, servicing and whether it is ready to be retired or sold off and replaced by a new one. Efficient tracking allows the renter to make the most out of its investment.”

Looking to the company’s capital expenditure and future plans, Ms Franco was tight lipped but said there were exciting times ahead. “We do not like to talk about figures. However, we have some strategic alliances that will be introduced to the market in the near future and that will surprise many people, but they are confidential at the moment and I cannot give you more details.”

As a final thought about Chile’s relatively slowing economy, Ms Franco alluded to a speech by president Michelle Bachelet in which she said we should, “cope with the crisis by working more”. Ms Fraco remarked, “I would prefer to modify it, and complete her thoughts to: ‘working more wisely’.