Martin Sebestyén, head of rental and fleet management at major European generalist Zeppelin Rental, talks to Euan Youdale about how access equipment fleets look now and could do in the future.

Zeppelin Rental has been gradually expanding its primary business from just Germany with divisions in Austria, Czech Republic, Denmark, Slovakia and Sweden.

The company, which provides equipment rental services, temporary infrastructure and construction logistics, has a total fleet of 75,000 units. These include construction equipment, containers, forklifts, generators, lighting towers, landscaping equipment plus 2.645 MEWPs and 552 telehandlers.

Martin Sebestyén, head of rental and fleet management at Zeppelin Rental, explained that the MEWP figure amounts to around only five per cent of the total fleet. On average quite a bit smaller than the percentage of aerials usually found in a European generalist rental company.

Sebestyén stressed that their importance in the fleet should not be overlooked, “We have such a large portfolio, and of course it is a small number, but we have a really large number of containers. The MEWPs are one piece of the cake, but that piece of the cake is hopefully growing in the next couple of years.” 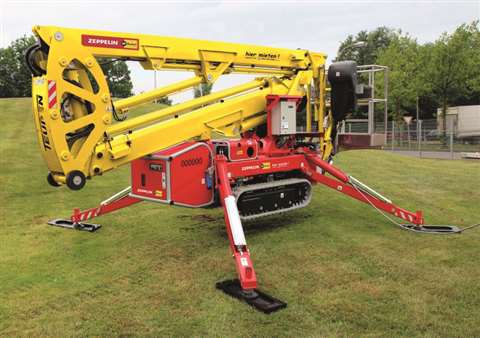 Utilization shows heightened interest
The effects of the Covid-19 pandemic on the company has been similar to other generalist rental companies, although it differs to the experiences of specialist access equipment providers.

Zeppelin Rental felt the effects of the pandemic most strongly from April to June 2020 as the virus spread across Europe in the first wave. The company then saw a resurgence in Germany with business reaching an unprecedented peak in the autumn.

At one point there was next to zero work in certain sectors such as events, hospitality and industrial work because of the adverse effects of the pandemic. This had a significant impact on the aerial products, with the MEWP segment seeing a 5% drop in utilization overall to just below 60%.

Sebestyén added, “Construction held up because Germany was not affected, particularly in the first phase of the pandemic, as much as other countries in Europe. So we were also able to skip some of our MEWP volume to the construction sector.

“But when I look back to the past 12 months, our utilization now is higher than it was the previous year. So we really were able to come back with a good situation, and it also helped us that the MEWPs were only a part of the whole business.”

Zeppelin Rental took MEWPs from countries that were suffering more under the pandemic during the lockdown months across much of Europe, like Czech Republic and Slovakia, and used them for the demand that was greater in Germany.

Sebestyén explained, “We had the time to service a lot of our equipment in the meantime, and to sell a part of our old equipment. We turned it down a bit but only with old machines, which we planned to take out. We also tried to postpone new equipment [from 2020] into this year and that was possible with the some or the other OEMs.” 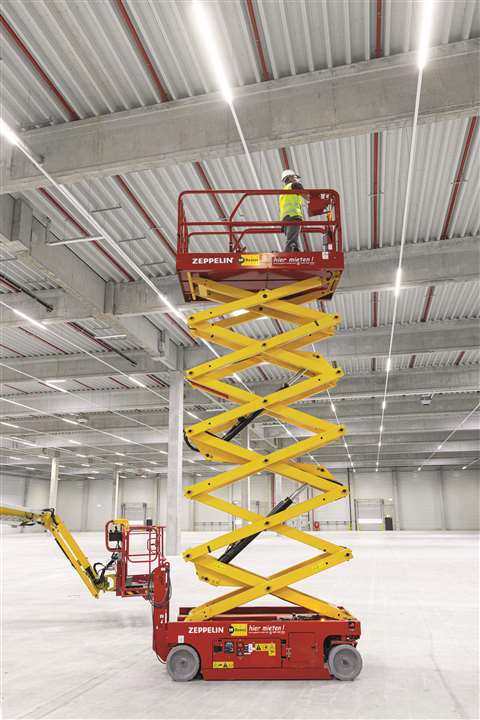 Renewed demand in MEWP activity
Zeppelin Rental also sold some equipment earlier than it had originally expected to and refurbished some of its existing equipment.

The new product purchases that the company was holding back in 2020 have now been added to the fleet. This has meant that while the fleet has fluctuated over the past 16 months, it is now back to where the company would have expected to be.

Sebestyén enthused, “We are back to normal already. We were able to put the machines into our fleet, which we had planned for last year, and additional machines for this year. And we were able to increase our time utilization, which makes us really happy.”

Looking at the company’s other markets outside of Germany, Austria has seen a considerable recent rise in MEWP activity, where the fleet size has also been increased.

Sebestyén said, “It seems that the demand is higher now. They had a complete shutdown last year, so there is more business now.

“Early this year, or the end of last year, they started to open their construction sites again. And with this, there is a lot of volume, so we split our volume and used part of it to help the demand in Austria.”

Sebestyén explained why MEWP rental rates also took a hit during the worst of the Covid-19 months, “The specialized [access] rental companies had little business because all the events were gone and other large parts of the industry.

“So they pushed out the machines into the market, just to have the machines out on rent. This was quite dramatic, especially for the German market, because we have seen that the prices went down.”

Martin Sebestyén pointed out, “We have changed our view on specialist equipment”

“But, from my point of view, they are going to recover. And next year then hopefully we will return to the same situation as we were in 2019.”

Zeppelin Rental has seen a change in its fleet as the events sector took a tumble and construction held up.

Sebestyén said, “We have changed our view on specialist equipment, [like spiders and rail mounted platforms, for example], to more general equipment as we always have the option of putting those machines out to rent.

“However, we are just being careful at the moment with the specialist equipment, and we will see where we are in the next months.”

One area that the company is focusing on in the immediate future is electric and hybrid equipment. Currently, 90% of its scissor lifts are electric and 70% of the telescopic boom lifts are either electric or hybrid-powered.

He explained that those percentages are set to increase, “The heavy machines are still diesel because this is the demand but for light equipment, which you can use inside and outside, we try to order just electric for the future.”

When it comes to the adoption of electric RT equipment, an important factor will be providing charging capabilities across all worksites.

Sebestyén admitted, “This is still an issue. You have to have all functionalities available onsite so that you can reach out to all the booms there.”

Another factor in the near future will be the lead times from the OEMs, which cut back on production during the pandemic.

He said, “By talking to the OEMs today we recognise there could be an issue with the supply situation next year. Many of them told us, ‘You have to be quick now because when you order in two or three months, there will not be nothing available.’ Everybody is running out of metal at the moment, and other things.

“We hope that according to the information we receive that the situation will become normal after Q1 2022.”

Optimistic about return of trade shows
Another issue that has raised its head, following the emergence of the Covid-19 pandemic, is around exhibitions. Zeppelin Rental’s domestic show Bauma, which also happens to be the world’s largest international construction show, has been postponed from April 2021 until October 2022.

This follows a string of other postponements and cancellations internationally, with some companies now supporting a hybrid approach or in rare cases saying that they will not attend in-person exhibitions.

Sebestyén commented, “I personally like these trade shows. I do not know what will happen in the next couple of years, but as somebody who purchases equipment it is always good for me to touch the metal and to talk to people.

“I think fairs like this will still be necessary. Of course you cannot do everything online.

“When you have such a large spectrum of machines available and different specifications, it is important that you have the chance to look at them. However, I do not see an alternative today.”