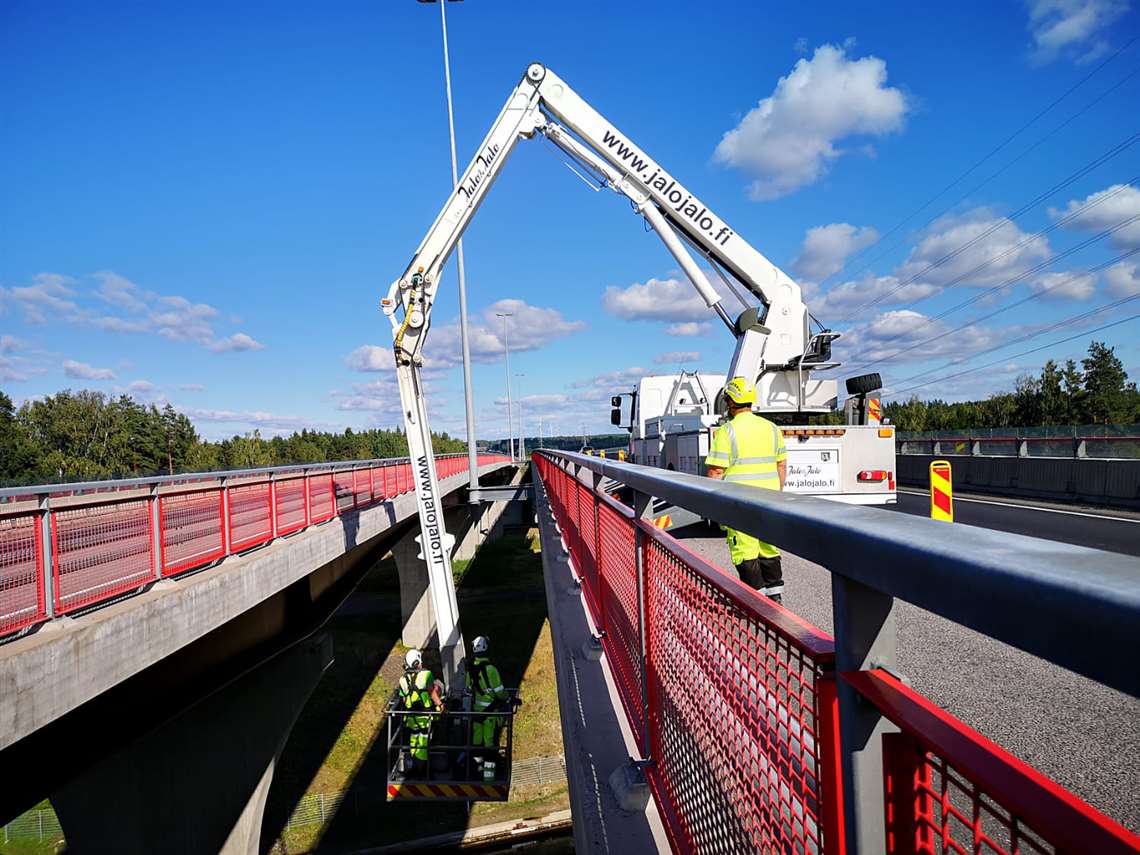 One of Jalo & Jalo's truck mounts.

With the recent acquisition, Jalo & Jalo said it reinforces its status as one of the leading service providers for truck mounted aerial platforms in the Nordic countries. It also means Jalo & Jalo now has the world’s largest fleet of Bronto Skylift units.

The deal, which became official at the beginning of March, allows both parties to focus on their specific areas of expertise. Janneniska will now concentrate on van mounted lifts, while Jalo & Jalo will continue to expand in the 30m to 104m working height truck mount segment, with the largest units in the acquisition being two 104m Bronto S104HLA’s.

The agreement is a continuation of the deal between the two companies in 2017, when Jalo & Jalo acquired a range of 34m to 78m units from Janneniska Group

In addition to its growing fleet, Jalo & Jalo has set foot in Sweden with the recent partial acquisition of Stockholm-based rental company Höjdliftar.