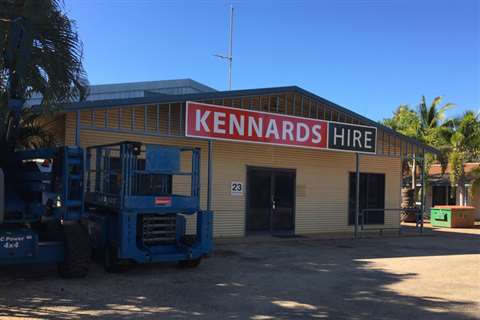 Kennards said the new locations had been fitted out with specialist equipment designed to suit the unique industries in those areas.

Tony Symons, general manager of Kennards Hire Western Australia and Northern Territory, said, “It’s a great opportunity for Kennards Hire to be joining these communities since we’re able to benefit locals while filling the gap in the market for these areas.

“By utilising Kennards Hire’s broad network, customers will now have access to a wider range of both traditional and industrial-grade equipment.”

Like Kennards Hire, CAPS Hire was Australia-owned with extensive experience in both short-term and long-term equipment hire. Kennards said it would reinvest in the local communities, retaining expert staff from the acquisition, putting to use their knowledge and customer relationships.

The company has also encouraged current employees to look at relocation opportunities that could see their skills grow.

In addition to the CAPS Hire acquisition, a new Kennards Hire branch in Port Hedland will open in September.

The CAPS Hire branches changed ownership at the end of July and was rebranded as Kennards Hire in early August.