Kevin Appleton on how achievement awards contribute to the rental industry

As the equipment rental industry’s awards draw near, Kevin Appleton examines the pros and cons of seeking acclaim for business achievements. 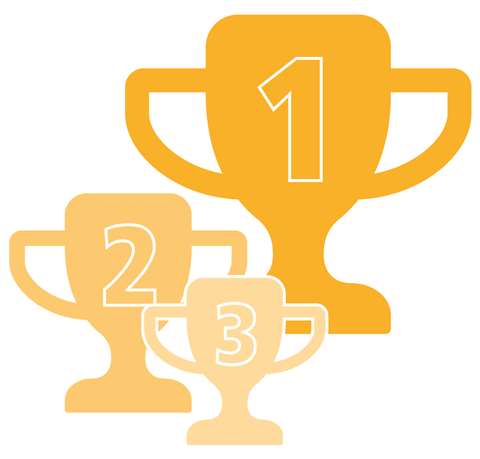 An industry which hardly existed outside of film and theatre when I started work forty years ago, is today pretty much ubiquitous across all kinds of activities.

But, specifically, it is the European Rental Awards season – happening at the end of September – and whilst I’ve ventured an opinion on most things over my years of writing in IRN, I don’t believe that industry awards have ever come into my particular spotlight. This changes now.

Let me offer a confession up front. Although I’m as susceptible to flattery as the next person and certainly not averse to being in the spotlight, I am notoriously diffident when it comes to entering awards.

Part of this is for reasons of personal belief. I may be susceptible to flattery, but I also realise that flattery is not good for my emotional, spiritual or psychological balance and so I try to screen it out.

I listen to critique, generally, much more readily than to acclamation. So, for me, to go and actively seek what feels like acclamation sits very uncomfortably with how I seek to govern the rest of my life.

Are industry awards worth it?

However, I also firmly believe in the merits of objective evaluation and, as far as possible, putting my own prejudices to one side.

I have certainly led organisations which have submitted – and even won – industry awards across a number of sectors.

So, whilst my personal attitude towards awards is one of caution I have, on occasion, actively supported colleagues in making awards submissions. Here’s why.

Any organisation that thrives over time has a culture of change and adaptability. Without it, the organisation would wither as it continued to serve a clientele or market slowly dying while new habits, methods and buying patterns formed elsewhere.

The effort involved in maintaining such a culture is not to be underestimated.

We have not become the prime species on this planet through the course of millennia by being aggressive risk takers, but rather the opposite.

So when any organisation is able to galvanise a sub-set of our species into taking risks that will make them unpopular with many colleagues, see them working longer hours and where they face multiple mini-failures before they glimpse success, we need to recognise that achievement, don’t we?

And there, it seems to me, we have the principal proposition in favour of awards ceremonies.

The pros and cons of business awards

At their best, industry awards offer a process whereby the tribe of hard-working risk-takers within an organisation are able to structure and showcase all the hard work they have put in – often in the face of internal opposition – and to demonstrate that it is at least starting to bear fruit.

It is their opportunity, in an acceptable way, to put on their finery for a moment of celebration of their doggedness in the face of the nay-sayers.

There is another side to awards though, let’s be honest. This is when the award itself becomes The Thing.

This is when the goal of the participant isn’t actually to showcase genuine change and improvement in an organisation but, rather, to put a PR gloss on business as usual and then look to maximise the public trumpeting of any eventual award.

I have seen this used to distract attention from the fact that so little was actually going on in an organisation that it needed a shower of glitter to make it appear alive, even if only for the evening of the ceremony.

The role and responsibility of awards judges

The job of judges – and it’s a really tough one – is to differentiate the first type of applicant from the second.

I have confidence that this years’ European Rental Awards judging panel will do this well and I offer my hearty congratulations to whoever the worthy winners turn out to be.

*This article was first published under the title ‘Award Winning Performance’ in the September 2021 issue of International Rental News magazine. To download it, and or other issues, click here.