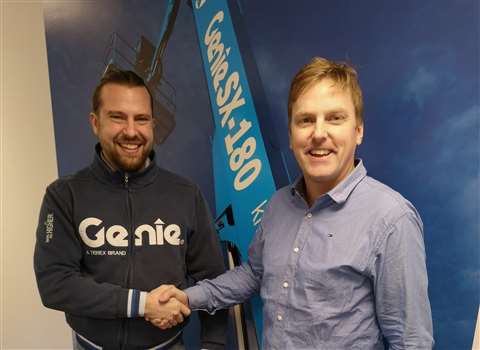 Marking its biggest single order ever, Swedish rental company Kranpunkten took delivery of 170 Genie MEWPs in January. It is the first batch in a total of 400 machines that are scheduled for delivery in 2019.

The large majority of the scissor and boom order, ranging from 7.79m to 27.91m, featured the latest ‘environment-friendly’ equipment, among them being Kranpunkten’s first Genie hybrid, the Z-60/37 FE. Multiple Genie Xtra Capacity (XC) telescopic boom lifts were also part of the delivery.

Rikard Jönsson, purchase manager, Kranpunkten AB, said, “Sweden has a long track-record in achievements that save energy and reduce emissions. Today, environmental awareness is high at all levels, and customers are already conscious of the need to adopt eco-friendly solutions adapted to current demand and stricter regulations. This new Genie delivery comes as part of a long-term, customer-focused ’green‘ strategy that marks a turning point in our company’s future development.” 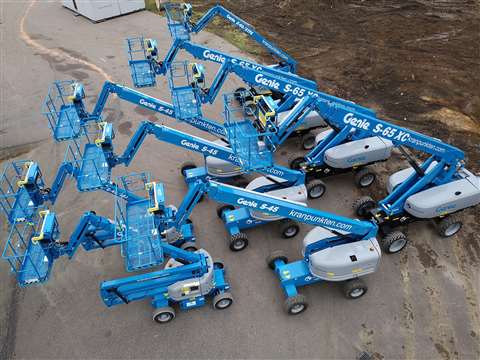 Sweden has always been a world leader in this area, and following a range initiatives, including congestion charges in 2006, within a few years these measures helped to reduce the country’s carbon emissions by 9%. Largely exceeding the target set at the time by the Kyoto Protocol, for two consecutive years this contributed to Sweden being rated top of the list of countries that did the most to save the planet by German environmental group Germanwatch in 2006 and 2007. Three years later, the EU Commission awarded the country’s capital Stockholm ‘European Green Capital’ of the year.

Sweden long-term aim is to have a vehicle fleet independent of fossil fuel by 2030 and an atmosphere free of Green House Gas (GHG) emissions by 2050. Between now and then, tougher noise and emissions regulations on machines and vehicles will be effective in urban areas within the next two years.

Jönsson added, “As from 2020, some parts of Stockholm will only be accessible to electric machines and vehicles. At the same time, smaller local municipalities will also be authorised to define their own limitations in terms of emissions and noise. The good news is that with our new hybrid Genie Z-60/37 FE boom lifts and the new generation of e-drive Genie scissor lifts, our customers already have the choice of the productive solutions they need to be competitive in our ’green‘ market without