Magni Telescopic Handlers will launch a fully electric line of telescopic and articulated boom lifts at the GIS show Oct. 7-9 in Piacenza, Italy, the company announced. The models are geared toward the European market. 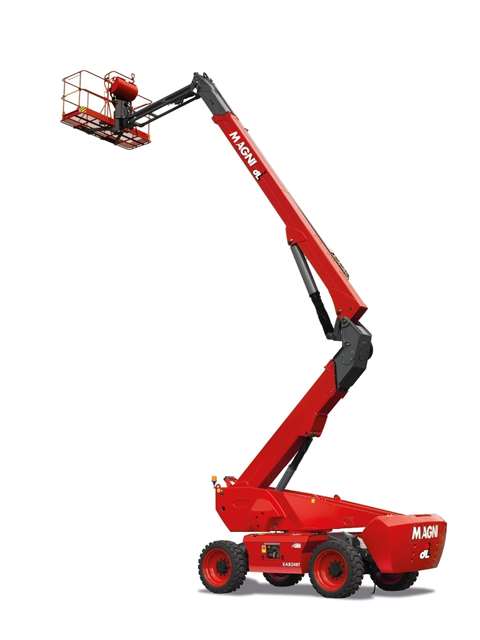 The new range features working heights from 24.3m to 30.3m and maximum platform capacities between 300kg and 454kg. The units are powered by 520Ah/80V lithium batteries, providing zero emissions on any jobsite.

“This feature makes them the ideal solution to work indoors or on delicate surfaces, such as shopping centres, airports and stadiums, thanks also to the non-marking tyres that come standard on all electric models,” Magni said in a statement. “These have the same safety features as diesel models.”

All units in the electric range have four-wheel drive and steering, differential locking, power to the platform, an integrated diagnostics screen with Can Bus technology and are able to be safely used in winds up to 12.5 m/s.

The boom lifts are designed and manufactured by China-based Dingli, who, in 2016, purchased a 20% stake in Magni for €14.4 million. Dingli originally debuted its own electric line of booms during Bauma China in 2016, with its European models for Magni first shipping to Italy in late 2020.