Manitou Group has opened its new Germany headquarters in Friedrichsdorf, near Frankfurt.

The new Germany subsidiary premises is part of the group’s strategy to develop its business in the German, Swiss and Austrian markets. More than 100 people attended the inauguration, including dealers, partners and employees. 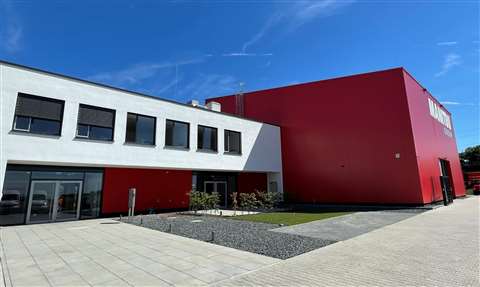 Founded in 1996, Manitou Deutschland was based in Ober-Mörlen for many years before moving to a new, purpose-built facility in Friedrichsdorf near Frankfurt in April 2022. The new site covers about 5,000 square metres, including two training rooms, a 500 square meter hall for training machine technicians, and 900 square meters of office space.

Peter Wildemann, managing director of the German subsidiary, adds, “The easy accessibility via the A5 motorway and the proximity to Frankfurt Airport were a major plus point in the choice of Friedrichsdorf. This new location allows us to welcome our employees and customers in optimal conditions, with large spaces. This will enable us to continue to provide a high level of service to our network.”

With a location in the Rhine-Main area, Manitou Deutschland is at the centre of its distribution network, which consists of around 75 dealers in Germany, Austria and Switzerland.

About 50 people work for Manitou Deutschland, where all functions are represented, such as sales administration, marketing, training, services and spare parts.