Manitou Group has reported a significant recovery in the half, ending 30 June 2021, following the challenges of the pandemic last year and continued pressure on the supply chain and material pricing.

The company said it was experiencing an historic acceleration in order intake and an “exceptional backlog” of €1.8 billion at the end of June.

The new Product Division, formed from the pre-existing MHA and CEP divisions, achieved a revenue of €802.8 million, up 29.5% over six months compared to the same period in 2020. 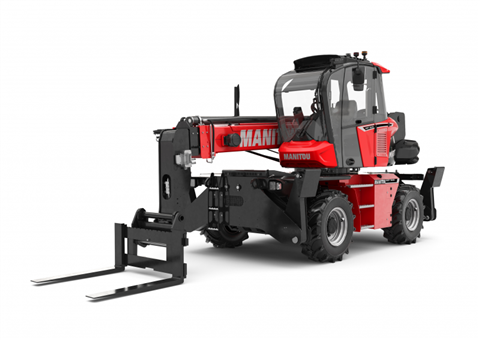 The division benefited from the rebound seen at the end of 2020 and increased revenue in all geographic areas, said the company, particularly in Northern Europe and the APAM region, as well as in all of its markets, including construction, agriculture and industry.

With a revenue of €167 million, the Services & Solutions Division (S&S) recorded an increase of 17.6% over the six months.

The division also saw growth in all geographic areas and more particularly in the APAM area, and in all its markets, with the exception of services, which was more resilient in 2020. For the second quarter, sales were up 24% to €84 million. Operating income for the division amounted to €17.6 million, up €0.5 million compared to the first half of 2020.

Michel Denis, CEO said, “In context of a strong rebound in activity, we closed the first half of the year with a level of performance that exceeded our objectives and a depth of order book that we had never experienced.

“This dynamism was recorded in all markets and geographies, characterised by an historical acceleration in order intake, high billings and an exceptional backlog at the end of June of €1.8 billion.

“To meet the high demands of our customers, all the teams have been mobilised. Production rates are gradually being ramped up despite significant supply chain tensions.”

On the subject of supply chains, Denis added that the sudden rebound coincided with high inflation on prices of steel and transport, which will impact financial performance in the second half of the year.

“For the rest of the year, our sales are expected to be stronger than initially forecasted, but below our customers’ demand. In addition, raw material increases will be fully implemented while our sales price adjustments will only bear fruit over the end of the year and the first half of 2022. This configuration will have a substantial squeeze on the margin in the second half of 2021.”

The healthy market conditions have led to an increased revenue outlook for the year, of around 20%, compared to 2020, up from the 15% increase forecasted earlier in the year.