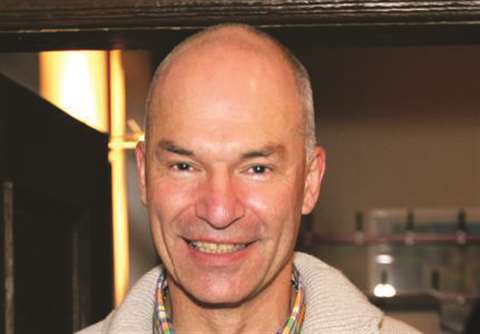 Martin Vögtli has built up one of the biggest access equipment providers in Switzerland, with a trio of companies. He speaks to Euan Youdale about the challenges faced in a relatively young marketplace

Mr Vögtli began the venture in 1995 when he bought small rental company Werner Spinnler AG, which, at the time, boasted seven AWPs in its rental fleet and acted as a distributor for Denka-Lift. In the wake of the acquisition Mr Vögtli re-named the company WS-Skyworker, Werner Spinnler. Then in 2002 the organisation was split into two separate companies: WS-Skyworker would provide rental, while Sky Access became the sales, import and export segment. Today, there are more than 500 machines in the WS-Skyworker fleet, while Sky Access sells equipment manufactured by PB-Lifttechnik, Skyjack, Denka-Lift, Hinowa, ATN and Faresin Handlers.

The group’s third company, Sky Service, was created just over three years ago and since then has grown to offer more than 80% of the parts for machines it sells and rents. The company is also a Haulotte and JLG Service partner. Mr Vögtli says there are four rental companies in Switzerland that offer the full range of products on a national level, namely UP AG, Maltech AG, Avesco CatRent AG and Loxam, with many more smaller companies working in their immediate locality. Among the Switzerland-wide operators Mr Vögtli put Sky Access in the top two. “I think it is very close,” he says.

Before 1997 access equipment was barely known in Switzerland; up until that time all machinery had to be certified and modified for the Swiss market - a course of action that put access equipment years behind its European neighbours Germany and France. Then, in 1997, the legislation was repealed, under the Suva, and CE marked machines were accepted in the market. “Before the Suva, the market was way behind the rest of Europe; people were using scaffolding and ladders - everything was organised in that way. If you look at the UK and Germany, they have been using access equipment for more than 20 years, but in Switzerland the market is almost 15 years old, so we are in the situation now that Germany, and the others were in 10 years ago.”

Mr Vögtli continues, “It was difficult to educate the market about AWPs because Switzerland is different: before people make an investment in Switzerland they have to be sure. But I think we did a good job in building up small rental companies; I personally helped three or four companies get into the market. We also made arrangements with small rental companies to help them buy their first and second machines; then they came back and wanted a third machine. By 2006/2007, we were selling between 150 and 200 units a year to rental companies.”

The first of its 46 m units will be on Ruthmann’s booth at bauma, with the other two units following later this year. The manufacturer also launched the 70 m Steiger, the T 720 at bauma, “We are thinking about that one,” says Mr Vögtli.

The three machines will quadruple the size of Skyworker’s truck mount fleet: currently represented by a 46 m Bronto S46XDT, and means the company will have one of the biggest fleets of its kind in Switzerland. “We have a lot of customers that also are renting out the big trucks, mainly for maintenance, so we have to make sure that we can provide these machines to our existing customers.”

Over the next few months the company will also invest five to 10 Hinowa 17.75 and 20.10 Lightlift tracked platforms. According to Mr Vögtli, the market for those machines in Switzerland, particularly in the 230 kg basket capacity range, is becoming stronger. “Big outreach and capacity gives more opportunities. One thing is that the machine has to be very handy, quick and safe, especially in Switzerland where we have stronger regulations for particulate filters.”

Switzerland has its own standards when it comes to emissions. Since 2010 all diesel engines above 18 kW must offer 98% dust reduction. “We do have very strict regulations in Switzerland when it comes to the environment, and this regulation is a very strict one, and it costs a lot of money.” The cost amounts to between €6000 – €8000 for each unit, as an additional filter has to be fitted to imported machines. “If you have a machine that costs €35000 - €40000 new and you add another €8000, with the rental rates as they are, it makes it difficult.”

As a result, some construction companies keep the cost down on big projects by employing machines from outside Switzerland that have not had the filter fitted. “It should be that machines from other parts of Europe cannot work in Switzerland without the filter but a significant number are not picked up by the authorities.

“We have to keep an eye out for these machines because the government is not managing to do it all the time. The government must build up their control system but it will take a year or two before they observe every job site - until then we are competing with this equipment.”

There are additional challenges too. One would expect Switzerland’s relatively strong economy to be reflected in the fortunes of access rental companies, and to some extent it is, however, the pressures from the rest of Europe are forcing themselves on the market. “The economic situation has been good in the last two or three years and there are lots of residential and infrastructure investment, but the economy is not getting stronger. Smaller companies are not sure what’s going on with the rest of Europe. They are waiting for it to grow again, and until then they will not invest.

Swiss companies have also been hit by a drop in rental rates over recent years. “In the first months of the global credit crises, there was no real problem, but then three or four years ago the rental rates were put very much under pressure, because the German, French and Italian companies were looking for work in Switzerland, thanks to its relatively strong market.

“Also a lot of construction companies came into Switzerland with their equipment; this was quite a problem, because in Switzerland the wages and the cost of living is very high – 30% to 40% more than other parts of Europe - and so we have to include these calculations in our rates.”

Products rented out for long periods of time like scissor and boom lifts, which account for 50% of Skyworkers business, have seen a 30% to 50% drop in the rental prices during this period. “Where we rent out daily or hourly there is not the same pressure and the rates have been stable in the last five to 10 years,” says Mr Vögtli. “This is because the cost of transport is a high proportion of the rate, and it’s not a problem for our customers to get the money they need to pay those rates.”

The last 12 months has seen a slight improvement in the situation, however. “There has been a small recovery, especially in Germany, so the pressure from Europe is not so strong and lots of our customers have seen that if they have a machine from across the border and they have a problem, there may be a one or two day delay in the work - which costs a lot of money when you look at the hourly cost of labour in Switzerland.”

Nevertheless, Mr Vögtli hopes these hints of improvement will transpire into a steeper growth curve. “If you look at the lifecycle of machines, you still have to invest in that equipment after two or three years and right now you are not getting the return required to do that. “And if equipment prices increase strongly, which I think they will, you will have to make enough profit to be able to buy that machine.”

The company’s service division Sky Service is in its fourth year. “We started it up to get transparency between the other two divisions – to find the minimum rental rates possible; how little you can sell a machine for and how the labour cost figures in it all – we have to have cost efficiency in every part of our business.”

The service division also became a necessity, because Switzerland is not in the EU, which means parts are delayed by paperwork required at the border. In addition, 1997’s change in the law to allow CE-Marked machines into the country means many of the units that flooded the market at that time are now ready for overhaul. For example, in 2000 Sky Access alone imported 120 machines to Switzerland. “The service company has been very successful but we do have problems in finding educated technicians to carry out the work. Because this business has grown so strongly in the last 10 years, you have to get a person from another sector and educate them.”

Sales in the last three years have slowed as a result of the market being relatively full. “It’s now more about replacing old equipment, piece-by-piece,” explains Mr Vögtli. “There will be growth in retail, banking, insurance, businesses and tourism, but Switzerland is very expensive so there won’t be new manufacturing plants. So sectors our company will see strong growth in are things like maintenance, window cleaning, etc. That will change the equipment used too, for example, for an office building, you do not need such big booms.