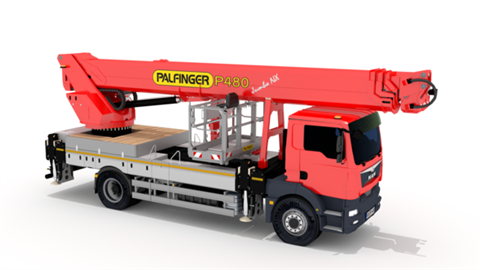 Earnings before interest and tax (EBIT) increased by 15.5% to €23.6 million, the EBIT margin once again exceeded the 8% mark, said the company, with consolidated net earnings rising by 21.4% to €14.5 million.

The primary reasons for the positive revenue, which was higher than in any previous quarter, included the relatively stable business in Europe and rising demand in North America, Russia/CIS as well as in Asia, mainly in China.

Revenue declined only in South America, where, however, Palfinger still managed to improve its competitive standing despite the shrinking market there, it said.

In the marine business, the effects of low oil prices had a noticeable impact on customers’ willingness to invest; nevertheless, growth continued with a 30% increase in revenue.

In the first quarter of 2015, the European Units segment increased its revenue by 4.6% to €200.7 million. The segment saw a moderate increase in EBIT, which totalled €26.2 million.

The loader crane and hooklifts business recorded a modest rise in revenue, and the sales of Epsilon timber and recycling cranes as well as truck mounted forklifts were higher than in the same quarter of the previous year.

The revenue of the Area Units segment expanded by a 27.1% to €91.6 million. The segment’s EBIT, which was negative in the previous year due to bad weather, came to a positive €1.5 million. North America saw a significant rise in the sale of loader cranes, tail lifts and access platforms.

In Russia/CIS, Palfinger achieved increases in revenue despite the economic sanctions and the weak Ruble, said the manufacturer. Sales of locally produced products compensated for the lack of exports to this region. PM-Group Lifting Machines, acquired in the fourth quarter of 2014, and Inman were the main contributors to the growth achieved.

Palfinger’s cooperation with Sany was a major factor in the good development of the Asia and Pacific market region, it said. Sales of loader cranes in China increased.

Palfinger Group said it would continue its three strategies of internationalization, innovation and flexibility in 2015, which were the main reason behind its success in 2014.