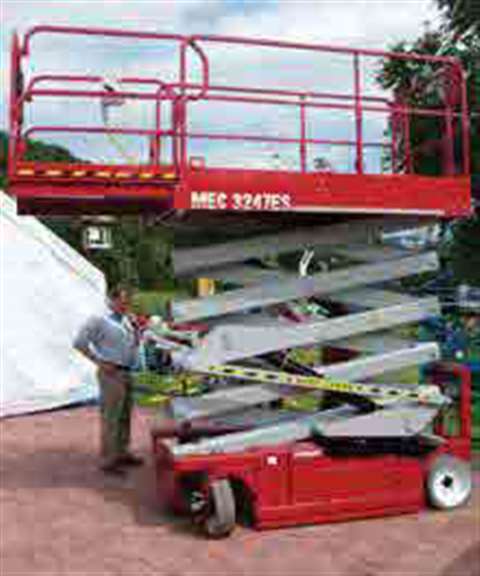 A MEC scissor at the Platformers' Days exhibition in August.

Mr Roelse told Access International that the company had already taken delivery of 50 scissors – mainly 2033 and 2633 models – and that a further 50 units would arrive in early August, including 1932, 2647 and 3247 machines.

The company exhibited at Platformers' Days in Germany and will also attend APEX, where it will show five scissors as well as one of the special Phoenix drive models seen at past ARA shows but never before exhibited in Europe.

PSE also runs Ui Districenter, which is the dealer for UpRight in the Netherlands and Belgium.