AI provides insights into the diverse economic and rental markets across Europe. 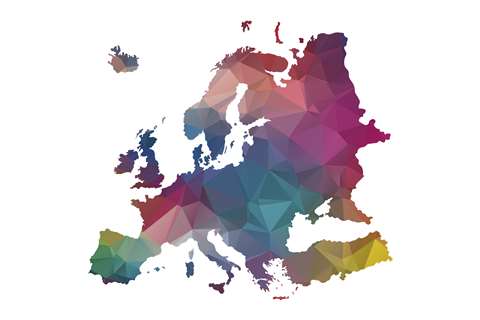 Europe offers a wide and varied access market and while much of it comes under the banner of the EU, there are significant differences depending on which country or part you are based in.

War in Ukraine: the impact on equipment rental

The war in the Ukraine took over from Covid as the main talking point overnight when it began on 24 February. Adding to the humanitarian disaster is the economic effect with the already difficult supply chain issues and rising costs being exacerbated by events.

The Economist Intelligence Unit (EIU) has said the war could reduce European economic growth in the Eurozone this year from a previously forecasted 4.0%, down to 3.7%.

In the Ukraine itself the latest rental reports from the country, specifically NovaRent, which is based there, is that nothing has changed in recent months, with company CEO Aleksandr Shapovalov, explaining, “We continue our activities despite the difficulties with the supply of spare parts and other imported consumables. The volume of activity fluctuates at the level of 50-60% of the pre-war level. 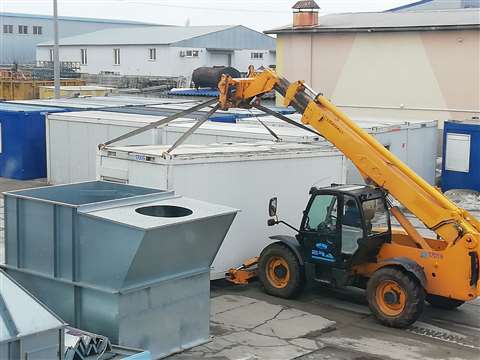 “The company has suspended some services and is forced to recalculate prices every few days, due to acute shortages and rapid changes in the price of fuel and consumables.

“While the company has retained almost all of our staff, most of its available funds are spent one way or another on helping victims in the country.”

Shapovalov adds, “There are no safe places in our country. The entire territory of Ukraine is exposed to missile strikes with varying regularity. Recently, almost all hits in residential buildings and shopping centres.”

Broadening out from Ukraine, the International Monetary Fund (IMF) said in recent weeks that beyond the humanitarian crisis the entire global economy will feel the effects of slower growth and faster inflation from the war, “neighbouring economies in particular will grapple with disrupted trade, supply chains, and remittances as well as an historic surge in refugee flows.”

Companies pull out of Russia and Belarus

One of many companies across Europe to have stopped their business activities in Russia and Belarus, following the onset of the war, is neighbouring Finland-based Dinolift.

The company’s managing director, Karin Nars, shared her anguish over the plight of Ukrainians and confirmed that the company expected costs of components and lead times to rise as a result.

“Supply-chain logistics will be even more difficult than they already were. It is hard to know the long-term consequences right now of this war, but as we know uncertainty is never good for business.”

Nevertheless, confidence in the Nordic rental sector is relatively high. The Rental Tracker, by the European Rental Association (ERA) and International Rental News (IRN) found that Nordic countries in the first quarter of 2022 are more confident than their counterparts in southern Europe. 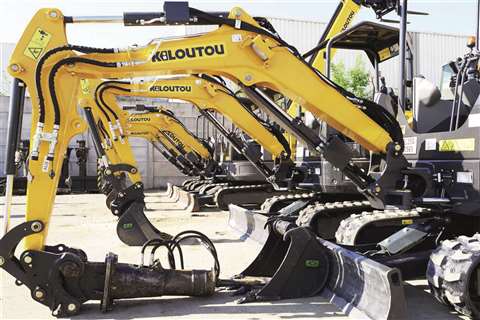 In a deal thought to be worth around €300 million, Kiloutou’s acquisition of GSV will see the company retain its branding, which has a high level of recognition in Denmark. (Photo: Kiloutou)

“In every measure, their confidence levels have improved since Q2 2021,” it said. This is most notable in their investment intentions, with 76% expecting to spend more this year than last.

In recent months business activity has been bustling across the region. In March, French rental major Kiloutou made its first entry into Denmark and its largest acquisition to date with the buyout of the country’s biggest rental company GSV from private equity firm Catacap, and its 22,000-strong fleet.

In addition, JLG has appointed rental group Riwal as its distributor for Norway. Pedro Torres, CEO of Riwal, said, “Our highly motivated teams in the Nordics will be able to extensively develop the local access equipment business which has great potential as new equipment purchases are increasingly prevalent alongside traditionally used equipment procurement.”

Home to some of the largest access rental and manufacturing companies in Europe, France is an important indicator of the state of the sector in the continent.

In the Committee for European Construction Equipment’s (CECE) 2021 annual report, public works in France rebounded in that year by 10%, due to a post covid catch-up, particularly in the spring (second quarter), followed by a less satisfactory second half of the year.

However, despite the pick-up, it remained well below pre-crisis levels at -3.8%, due mainly to sluggish order intake throughout the year.

Haulotte, France’s largest access equipment manufacturer, saw sustained growth across all its geographical areas in the first quarter of 2021.

In Europe, the company’s main market, sales increased by 21% in the first quarter, compared to the same period last year. On a global level Haulotte’s revenues grew 25% overall, amounting to €135.8 million.

However, despite the positive start, ongoing challenges are causing significant uncertainty. Haulotte said persistent supply difficulties and the initial effects of the war in Ukraine, meant it was not able to confirm full year targets at the end of the first quarter.

French telehandler and access manufacturer Manitou reported revenue growth of 18% in 2021 to €1.88 billion, backed by record orders, and forecasts growth of 20% in 2022, factoring in the war in Ukraine.

However, reflecting the challenges brought about by supply chain pressures, the company said it was forced to move quickly to manage production speeds and supply chain issues and to deal with material price inflation, which increased in the second half of the year. It also increased costs in its R&D and related areas.

In 2021, we reported a mixed picture in Germany - while stability was the overriding experience of the general rental and construction market during 2020, the MEWP rental sector had been less buoyant.

The situation remains mixed, although this year from a more general point of view.

The Committee for European Construction Equipment (CECE) said sales were up in 2021 by more than 20% across all construction products. However, while Germany saw sales growth, it was also the only country in the EU to record growth in only single digits (9%).

BBI, the German association for sales and rental of construction equipment, distributors and rental companies, sees a healthier picture and said the sector returned to growth in 2021.

Revenue from the rental of construction equipment increased by 5% to around €4.5 billion. And, in a survey carried by the BBI at the beginning of 2022, 90% of participating companies reported increased sales compared to the previous year.

However, due to the massive disruptions in the supply chain, the high demand from customers could not always be met promptly or in full.

How will the EU replace Russian gas?

In the wake of the war in Ukraine, Germany has also sped up plans to build its first liquified natural gas (LNG) shipping terminals to reduce its reliance on Russian natural gas. 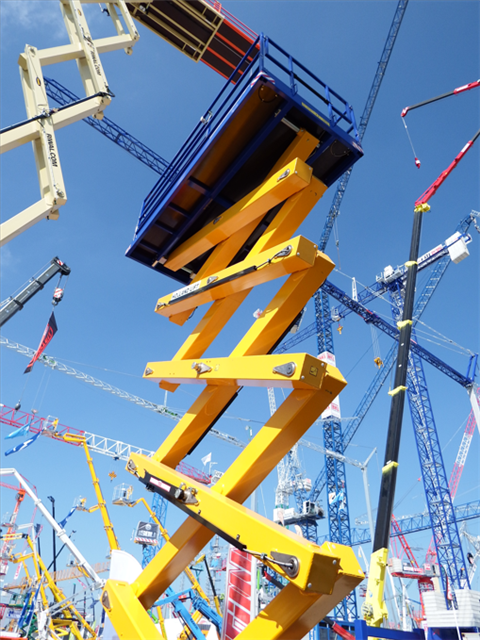 A number of aerial platform manufacturers have pulled out of Bauma 2022, however there will be a strong contigent of access specialists from China. (PHOTO: KHL)

The country also finds itself at the centre of discussions over the future of trade fairs. Platformers’ Days was one of the first industry exhibitions to take place following the Covid-19 lockdowns, in September last year. There was strong support from the industry for this domestic, access-specific show.

However, there is a stronger debate over larger international shows. Bauma, set to take place in October this year, has seen a number of notable access OEMs deciding not to take part, for example, JLG, Genie, Skyjack, Haulotte, Snorkel and Niftylift.

One of the reasons given is that manufacturers can gain more from localised, company-specific events. However, all the major Chinese OEMs will be at Bauma, which will create an interesting dynamic at the show.

The UK-based access and cranes show Vertikal Days, in May this year, was also well attended with a large number of manufacturers headquartered in Europe, North America and China.

The large presence of Chinese manufacturers served to provide even greater depth to the diverse UK access market.

The UK’s access rental industry is booming, however it is beset with a range of challenges including the effects of Brexit.

According to the Committee for European Construction Equipment (CECE), construction experts in the UK are forecasting a positive picture for the industry over the next year with strong levels of activity expected, despite on-going concerns regarding sourcing of materials and labour.

The European Rental Association (ERA), however, believes the UK’s exit from the EU will deepen existing global challenges. “With Brexit having now taken effect, the ‎UK finds itself in a difficult position as the sourcing of materials now incurs increased costs, and the labour ‎shortage, present across Europe, is further exacerbated.‎”

Overall, the UK rental sector is in good shape. As Speedy’s chief executive Russell Down, explains, “Overall, we’re operating in a strong market at the moment, with a significant number of infrastructure projects such as HS2 and Thames Tideway.”

In 2022 Spanish GDP saw a 5% increase over 2021. While that was not quite as high as neighbouring Italy and France, it represented the strongest growth in 21 years and a significant rebound from the early 2020 crash during the Covid-19 pandemic.

The general view is that southern European countries have seen greater rises in their economies since the major Covid lockdown, mainly because they saw greater drops in average during the worst months of the pandemic, compared to their northern neighbours.

However, it says there is still uncertainty in the market due to the high price of energy and raw materials that affects production costs. Therefore, growth is not expected to be uniform across the construction industry.

While residential building will recover to pre-pandemic levels this year (+7.5%), non-residential construction will not recover fully until 2023, with 5% growth expected in 2022.

Withstanding global storms, such as the supply chain crisis, Spanish rental has also been in recovery.

LoxamHune, the Spain and Portugal based subsidiary of European rental company Loxam, achieved a turnover of €110 million in 2021, almost equal to pre-pandemic levels of €111 million in 2019.

Profits from its equipment rental operations also bolstered its plans for a greener fleet and digital transformation.

This was partly thanks to the country’s Industria 4.0 National Plan incentives scheme and investment in infrastructure. In 2022, the association believes sales volumes will rise a further 10%.

The impact of supply chain disruption

With Italy being one of the major global producers of access equipment, the country’s overall ability to meet demand will be critical.

In an example of how access manufacturers are addressing supply chain and transport issues across Europe, Genie announced last year it was bringing six rough terrain scissor models closer to market by producing them at its plant in Umbertide, Italy. They were previously only produced at Genie’s headquarters in Redmond, US.

Italy is also home to the GIS cranes and access exhibition. The first edition of the show since the beginning of the pandemic took place in October last year. The industry was out in force to support it and demonstrated a willingness to return to live events.

Organiser Fabio Potestà of MediaPoint, said show reflected the strong recovery from the pandemic in Italy. “Even during the lockdown period, this sector worked at full strength - the construction of the San Giorgio Bridge in Genoa clearly demonstrates this.”

Germany to build its first LNG terminal
Uniper to expand port facilities, as the German government fast-tracks the country’s move away from Russian gas 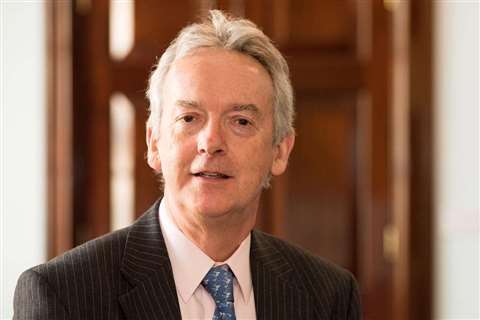 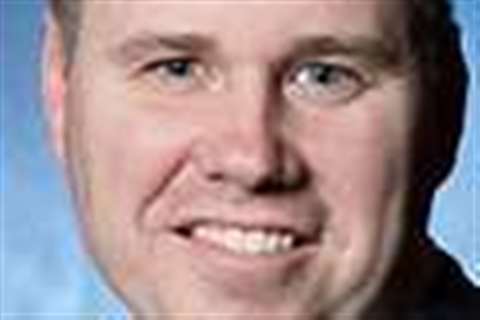 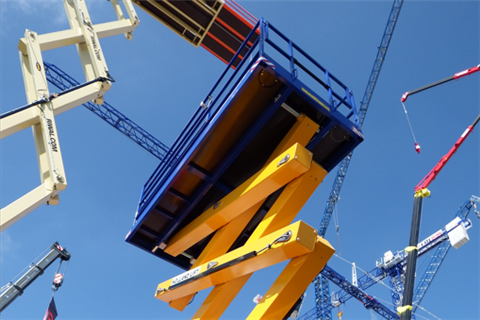