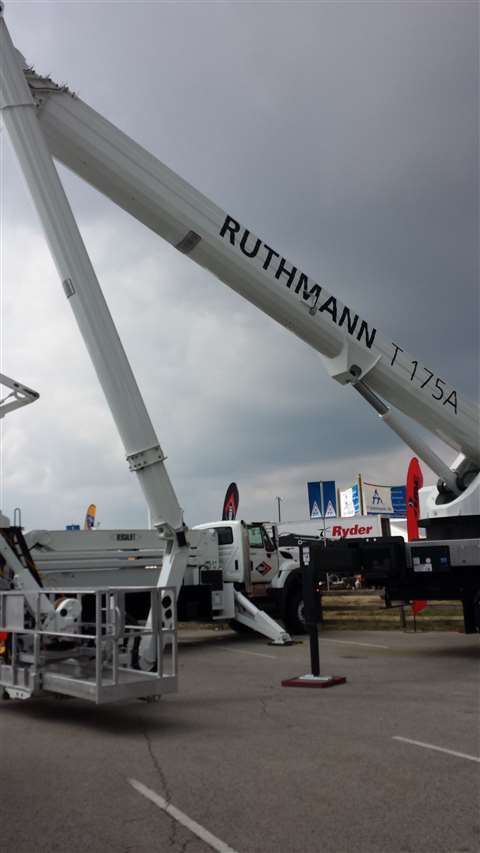 A Ruthmann truck-mounted unit on display at ICUEE in Time Manufacturing's booth.

At ICUEE, Oct. 1-3 in Louisville, KY, Time Manufacturing had a Ruthmann T 175 A mounted on a Freightliner 3-axle chassis at its exhibit. After ICUEE, Time is taking the T 175 A on a roadshow across North America to demonstrate the performance capabilities of this state-of-the-art aerial work platform.

The T 175 A is a kit version of the Height performance-Steiger T 540, which won an International Award for Powered Access (IAPA) recently. According to Ruthmann, the kit was customized for the North American market and shipped to the U.S. in August. It is fully compliable North American ANSI standards. Once the T 175 A was assembled and mounted, staff members from Time received sales and service training from Ruthmann employees at Time’s office in Waco, TX.

“For years, Ruthmann has focused on expanding its international presence,” it said in a press statement. “The company is now turning its attention to the North American market and the continuation of a fruitful partnership between two manufacturers that have a lot in common.”