Skyjack to manufacture in China

Skyjack is set to begin manufacturing its access equipment in China to expand its presence in the Chinese and wider Asian markets.

Initially Skyjack will utilise manufacturing capability and facilities within parent company Linamar Corporation’s existing Tianjin plant, with the focus being on DC scissor lifts targeted at the domestic Chinese market.

In addition to manufacturing capability in China, Skyjack is increasing its sales and service operations to promote its products to China’s growing rental industry. Chan Tran has been appointed as vice president of operations, Asia-Pacific to lead the activities.

As volume builds, Skyjack said it will invest in a dedicated purpose-built facility in the region. 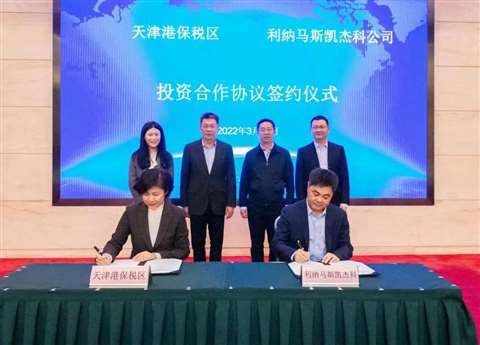 Commenting on the deal, Linda Hasenfratz, Linamar’s CEO, said, “The Asian market has started to grow in a meaningful way in recent years making the establishment of in region manufacturing not just viable but highly opportunistic. We believe this will create excellent growth potential for Skyjack in the region both in terms of creating a close connection to the needs of our customers in the region and in terms of building our distribution network.”

The manufacturing plans followed an investment agreement with the Government of Binhai New Area, in Tianjin. Ken McDougall, president of Skyjack, said, “I particularly want to pay tribute to the local government of the Binhai New Area for their help and assistance in securing this plan. We look forward to our continued partnership as we expand our Asian footprint. Utilising a more global footprint also releases existing production capacities in our existing plants across the globe. That in turn will allows us to better react to growing customer demand in those markets.”

The Skyjack Tianjin facility is set to go into production in the third quarter of 2023 to manufacture the previously mentioned DC scissors, and telescopic and articulating boom lifts.

Chan Tran, Skyjack’s new Asia-Pacific VP of operations, added, “Linamar entered the China market in 2005 and with five facilities and one research and development center, I believe the relationship and physical footprint can be significantly leveraged should the need arise.”

Chan, deputy secretary of the district committee; district director, Binhai New Area, said the Skyjack name is well regarded in China and looks forward to being a part of the activities that will see Skyjack’s market position grow. 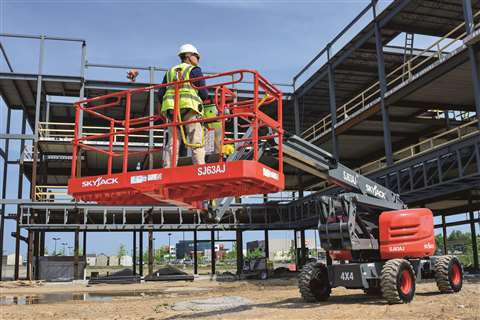