Teupen: on the right tracks

Martin Borutta took up the reins as the new CEO of Teupen last December. He spoke with Euan Youdale about the future of Teupen and the tracked sector.

Teupen Maschinenbau is on the cusp of considerable expansion as it hopes to grow its revenue by around 40% in the next five years, and Martin Borutta, its relatively new CEO, will preside over that. Backing up that ambition is decades of engineering expertise. Teupen was founded 40 years ago and has 30 years experience specifically in the tracked paltform sector - a milestone it is celebrating this year. 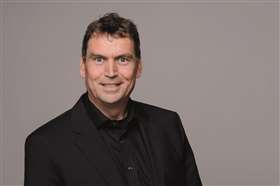 Borutta joined the company in 2017, with previous experience in automation for the automotive industry as board member of Rofa Industrial Automation, based in Kolbermoor, Germany. He took over the reins at Teupen in December 2016 from former CEO Michael Scheuss, who left the company to take up other business opportunities.

As the managing shareholder of Teupen, Borutta shares its ownership with another private shareholder and two private equity companies. Ambition is strong and there is no desire to hang on to the past, despite Teupen’s strong brand recognition. “We want to extent our market position as the premium brand in the tracked platform market and to extent the service offering with a product range from 12m to 60m,” says Borutta.

“At the moment we are market leader but we want to extend our presence worldwide. Actually, we are mainly concentrated on the European market and eastern markets and we want to expand in the US market.”

Apart from expansion in various markets, there will be a concentration on the development of the up to 20m working height tracked machine area and higher volume production.

“We had left that market a little bit and concentrated more on the expensive machines but we will get back into that area of 20m and below.”

However, there is no plan to move away from the high technological level that Teupen has become associated with. “For us it is both; a real concentration on the premium brand market and to cover the volume market which is one of things that we have lost.”

For all manufacturers the bid to raise volume and revenue will be met with the increase in competition as existing manufacturers up their game and new producers, including from China, start to gain a foothold. “We don’t see that as real problem,” Borutta replies, “It is always good to have competition, as it makes us get better. For us it’s important to concentrate on the technical leadership and get on with developing the right products for the right markets.

“And it is very important for us to move forward and get more product recognition in the market. For example, scaffolding versus spiders and even standard access platforms versus the spider. So, there is more work to be done there too.”

As mentioned, one of the focuses is North America. Teupen recently sold a 50m working height Leo50GT to the World Trade Centre Transportation Hub station at Ground Zero in New York City, where it will service the building. It was an important sale for Teupen as this is exactly the type of equipment and application that the company sees itself expanding into the US market with.

“Actually, for us our main concentration is on the North American market,” says Borutta, “As we have our one subsidiary there and we see lots of potential, as we have seen with that 50m machine, for the bigger machines there.”

The company’s US subsidiary was set up in 2010 and there are plans to extend it considerably with sales and service provision. Right now, the company has five sales employees in the US and it plans to extent that to 10 in the next couple of years.

Assembly, however, will remain at company headquarters in Gronau, Germany, where there are also plans to extend those facilities in 2018. 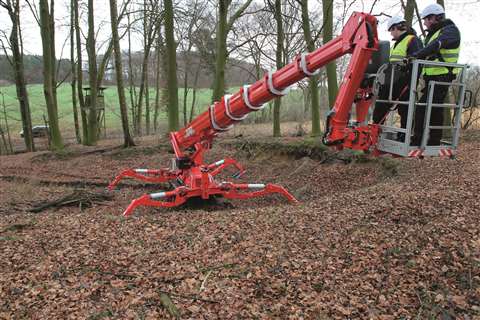 Looking eastwards, the company has also just signed partnerships in the Japanese and Australian markets with distributors KT Machinery and Aspac, respectively. “We see market potential for architecture-related applications in Japan and a very interesting potential for Lithium and new technology there too,” says Borutta.

Those three countries, Australia, Japan and North America form the three major export markets that the company is focusing on. Nevertheless, China represents a significant proportion of company annual revenue too, amounting to 7% - 8%, via its distributor in the country Shanghai Horizon. Its biggest and home market Germany represents around 35% of revenue.

To put this in context Borutta believes 2017 net revenue will reach €36 million, which would be a 20% increase on 2016. One of the reasons behind this impressive performance is the launch of the new T series last year.

The flagship is the Leo 35T, that was launched at APEX this year completing the range from 19m to 35m working height. The main technological upgrades of this new generation series include high tensile steal boom, allowing impressive outreach, and full electronic system.

Teupen also made waves last year with the launch of the Puma 42 GTX. The machine combines a high-tech walking excavator chassis with one of Teupen’s aerial platforms.

At the time of the launch, the company described the innovation as new a new category in access equipment.Together the chassis, manufactured by Menzi Muck, and the 42.7m platform offer extreme off-road capability at tilting angles of up to 17°.

The machine is designed to be compact with a weight of 17.60 tonnes and horizontal reach of up to 16.70m, with 300kg in the basket. The company is planning to launch another Puma in the 30m working height area and possibly extend the range up to 40m. There will also be a new attachment added in the form of a drill to help fix rock fall protection systems to cliff faces.

Beyond the Puma, the company has no plans to extend its self propelled product offering and will concentrate on the aforementioned 20m tracked platform higher volume line.

On the subject of its tracked ranges, anti-entrapment is increasingly being requested by the industry. To that end Teupen has developed its own system which is now an option. “We see interest in this internationally, including the US market and Australian market, so we can see it becoming standard across the range.” 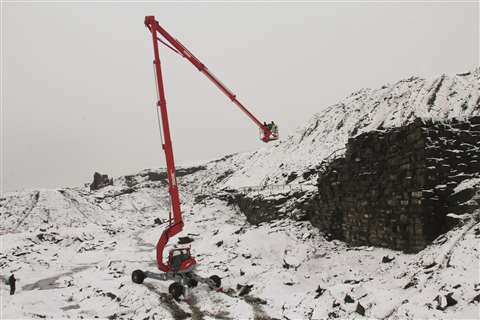 A focus on Lithium power is also on the agenda. Borutta says, “From my point of view, like in the automotive industry, as soon as there are cheaper options available there will be a big increase in Lithium technology and less fuel engines.”

The company had introduced Lithium in the past, “But we stopped because we were not happy with the technical solution and we are working on it again. We will have it back in 2018. Mainly it will be on the smaller machines, as the capacity and cost of cells will be more viable, but I am sure we will see this technology spread to bigger machines later on.”

Looking at the tracked platform segment generally; in its active markets, it tends to represent around 3% of the total number of AWPs. “I see that being stable,” says Borutta. “What is important for us is the brand, with 30 years of tracked machines, we have a lot of respect in the industry. This shows that we set the market standard.”