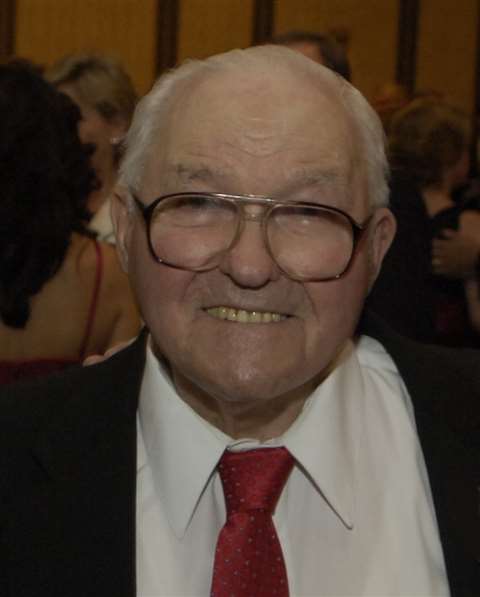 It is with great sadness that Trico Equipment Services acknowledges the passing of Joe Pustizzi, Sr., age 96. Joe Senior, as he was known to many, founded the original Trico Equipment in 1952 with his wife Angie, which was to later become two of the largest equipment rental companies in the country.

Pustizzi began the New Jersey company when he built and operated a gas station from which he began selling farm equipment. The business evolved into a Case construction equipment dealership for which Pustizzi received many sales achievement awards, highlighted by being honored as the Top Performance Case Construction Equipment Dealer in North America in 1979. The self-taught mechanic teamed up with a few local racing enthusiasts in 1957 and built the "Case 300" modified stockcar that went on to win 13 NASCAR feature races that year.

According to Joe Pustizzi, Jr., Trico Equipment Services President, his father retired in 1986 and remained active growing grapes, gardening, restoring old cars and helping his family and the community.

Trico Lift is one of the largest privately owned access equipment companies in North America. The company specializes in aerial lifts and rough terrain forklifts with locations in the Mid-Atlantic and Gulf Coast region markets. Trico Equipment Services is a major player in the construction equipment market with three locations in the Northeast providing primarily rentals, sales and servicing of Case construction equipment.

Donations in Pustizzi's memory can be made to the Forest Grove Athletic Association,1101 Wheaton Avenue, Millville, NJ 08332 or The Sicilian American Club of South Jersey, 638 E. Landis Avenue, Vineland, NJ 08360. Services will be held this Friday and Saturday in New Jersey. For more information or online condolences visit http://ronefuneralservice.com/home