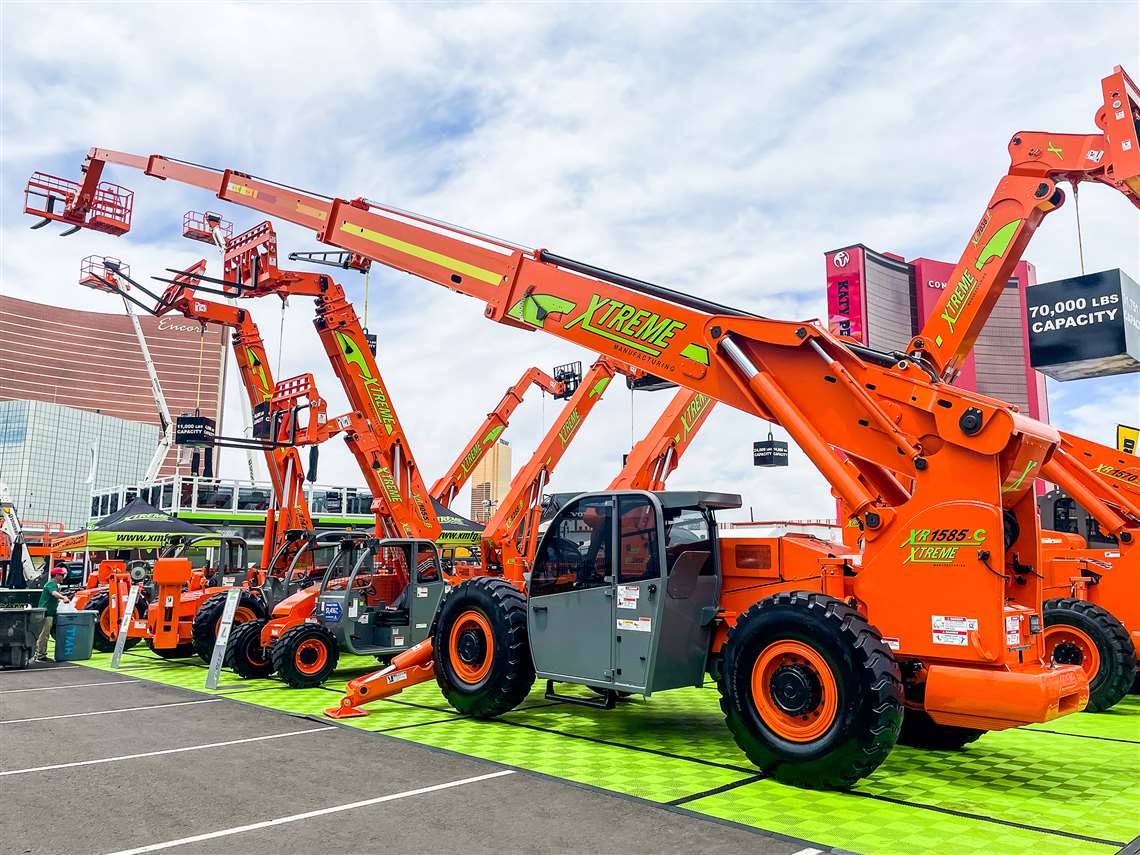 Xtreme Manufacturing is making a major return to in-person trade shows, with the debut of the world’s tallest fixed boom telehandler at World of Concrete 2021, taking place 8-10 June, in Las Vegas, US.

The company is also presenting a new load positioning device for extreme heights.

The new XR1585-C delivers a maximum lift height of 85ft (25.9m), and is the first Xtreme telehandler to utilise a five-section boom design. Capable of lifting loads weighing up to 15,000lbs (5,443kg), the model benefits from a 67ft (20.4m) maximum forward reach and is available with a choice of fixed, fork positioning, swing or side tilt C-class carriages. 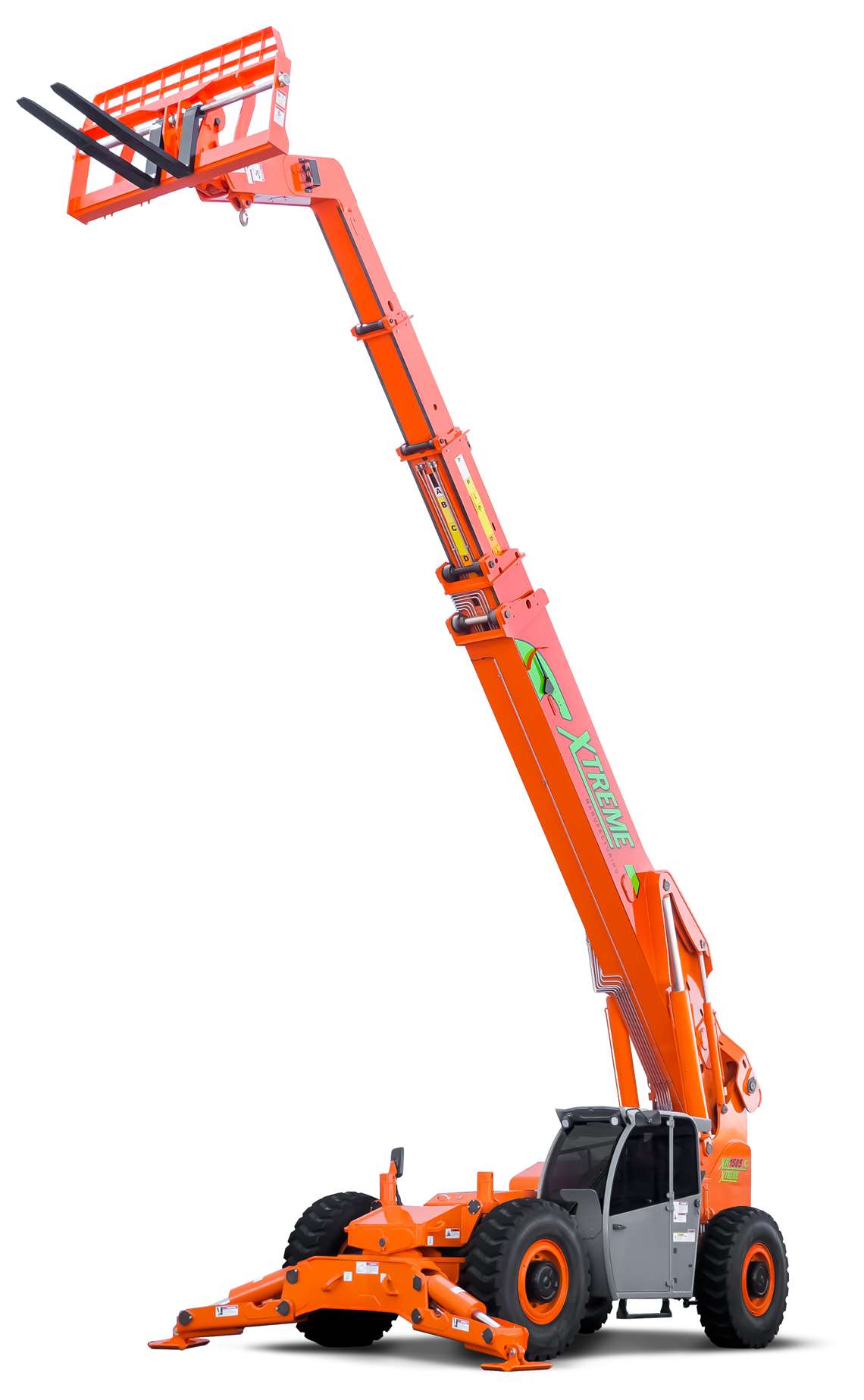 With a hydraulic flow of 49 gallons (185.4L) per minute, and a hydraulic pressure of 4,000psi (275.7bar), the XR1585-C can be fitted with a wide range of C-class attachments, including pole grapples, sling mounts, truss booms, buckets, and personnel platforms. For its customers with B-class attachments, Xtreme is offering a version of the XR1585-C with a B-class carriage, known as the XR1285-B, with a reduced 12,000lbs maximum capacity.

Like all Xtreme telehandlers, the XR1585-C benefits from 360-degree visibility from the cab, a fully-rated boom lift point, and long-life boom rollers for smooth operation. The XR1585-C can be configured with a choice of open cab, enclosed cab, and enclosed cab with heat and AC, as well as various tyres, fork tines, and options, including telematics. 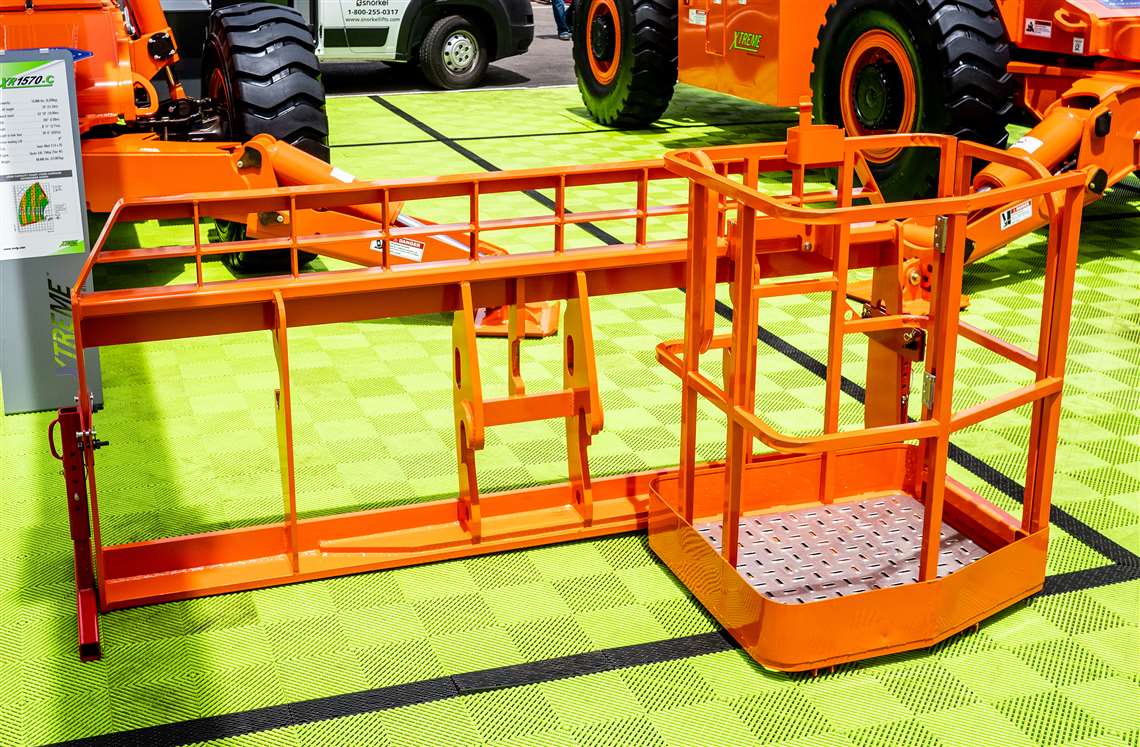 To accompany the launch of the XR1585-C, Xtreme is also showcasing a new concept designed to make it easier to precisely position loads at extreme heights.

A newly-designed patent pending operator station has been fitted to the rear of the XR1585-C carriage, enabling the operator to travel with the load to height for enhanced positioning control. Using a wireless RF pendant, the operator can control all boom functions from the platform to safely and efficiently place the load at height. The carriage is shown at World of Concrete as a concept design, and would be sold as an option.

It was initially announced at ConExpo-Con/Agg 2020 that Xtreme was commencing development of the XR1585-C, and it is expected the model will enter full production by late 2021.

The Xtreme XR1585-C is the World's tallest fixed boom telehandler

The Xtreme XR1585-C is the World's tallest fixed boom telehandler