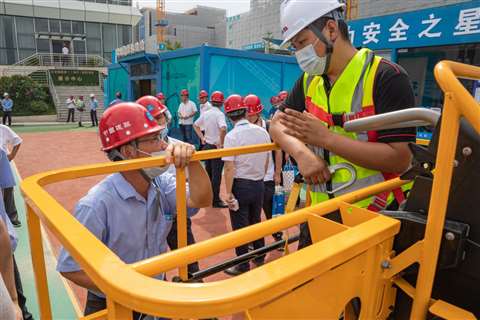 It followed the provision of more than 100 Haulotte aerial platforms by Zhongneng United Rental for a hospital construction project in Guangzhou City, South China.

More than 70 project managers from the contractor of the project attended the training. An HA16RTJ boom lift and two Compact 12 scissor lifts were used for the training session.

In June, the Chinese government launched its Production Safety Month, aimed at eliminating hidden dangers and building safety in various fields of production and construction. The safety training in Guangzhou City was in line with this programme, as well as with Haulotte’s safety practices. 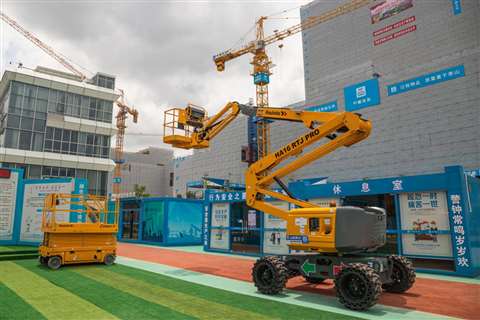 William Fu, Haulotte Shanghai’s senior IPAF trainer, showed the trainees how to safely use the MEWPs and received positive feedback.